Airbus is celebrating a remarkable 50 years of providing global secure military satellite communications to the UK Ministry of Defence with the 50th anniversary of the first Skynet satellite — this is a double celebration as this year Airbus is also celebrating the company's 50th birthday.

Skynet 1A was launched from Cape Canaveral, Florida on November 22, 1969, into a geostationary orbit and it was followed less than a year later by Skynet 1B to provide secure communications to the armed forces via voice — and also by fax and even telegraph. 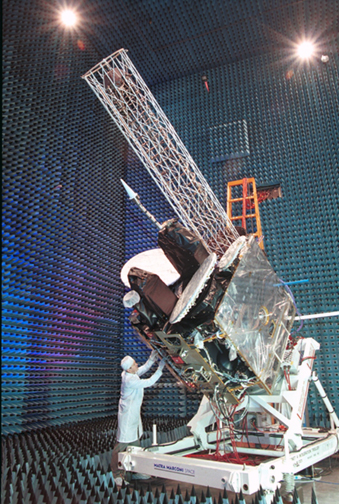 Skynet-4. Photo is courtesy of Airbus Defence and Space.

Providing only two voice channels from a satellite about the same size as a small refrigerator, these first Skynet satellites are now superseded by a fleet of four Skynet 5 satellites weighing more than 6 tons at launch and each as big as a large delivery van. The average power of a Skynet 5 satellite is 4.7 kW which is approximately the same as a typical UK home.

In the 50 years since the launch of the first Skynet, Airbus has built 25 military communications satellites for the defence ministries around the world. Two Skynet 2 satellites were launched in 1974, one failed due to a rocket motor problem on the satellite, but Skynet 2B provided services for more than 20 years.

The follow on generation was Skynet 4, with six satellites providing global secure communications. Designed to operate in geostationary orbit for 15 years and still providing coverage today. Skynet 4 is the longest serving satellite constellation at 29 years old and continues to deliver vital communications. 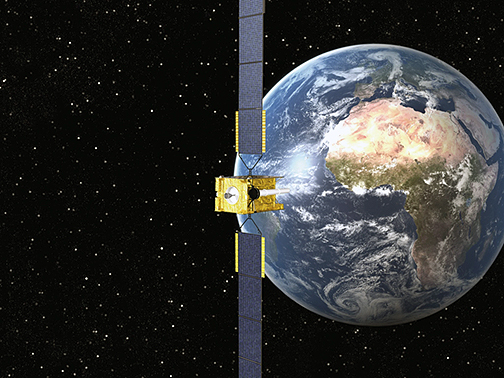 Artistic rendition of Skynet-5 on-orbit. Image is courtesy of Airbus Defence and Space.

Skynet 5 is the current satellite series and for the past 16 years, Airbus has been responsible for delivering all secure beyond line of sight communications to the UK MOD, owning and operating the four strong fleet. During that time Skynet 5 satellites have been crucial to keeping armed forces in theater in touch with each other and bases back in the UK. And the satellites also provide a key part of service personnel being able to keep in touch with loved ones back home as part of the WelComE service.

Airbus is now looking at the next generation — Skynet 6 — which will continue the vital communication services to the UK MOD.

Richard Franklin, Head of Secure Communications at Airbus Defence and Space, said making sure that the UK remains at the forefront of secure MILSATCOMs technology and services has been a cornerstone of Airbus’ approach over the last 50 years. Skynet is a world class capability for UK and the company looks forward to supporting the Armed Forces in the most challenging environments with innovation for the next 50 years to support the operations of tomorrow; investing internally and alongside a network of SMEs and partners to bring the very best solutions to meet customer requirements as they evolve.