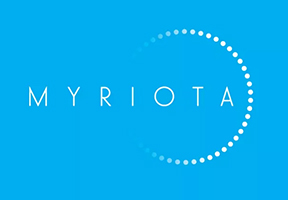 Journalist Andrew Spence of The Lead is reporting that former Space Shuttle commander Pamela Melroy has joined the board of Australian satellite communications company Myriota as the firm moves toward their goal of creating a constellation of 50 smallsats.

This announcement comes just three weeks after Myriota announced the first of a string of commercial products that will use the company's low-cost, Earth-to-satellite, transmission technology. Melroy, a former NASA astronaut and ex-DARPA Deputy Director of the Tactical Technology Office, joins Myriota’s board as a non-executive director. An existing member of Myriota’s board is Chairman Peter Mabson, who is also President of Canadian company ExactEarth Ltd; an early international investor into Myriota, which is based in Adelaide, South Australia. 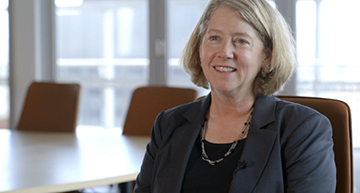 Melroy brings expertise in the global space industry, having spent more than 30 years at the forefront of space exploration, including as a shuttle pilot and commander, as well as thousands of hours logged working on multiple space shuttle missions. She began her career as a pilot in the United States Air Force before joining NASA and becoming the second woman to command a NASA space shuttle mission.

Following a distinguished career at NASA, Melroy held a number of senior roles in private industry and public administration including at the FAA’s Office of Commercial Space Transportation, and DARPA (Defense Advanced Research Projects Agency). She is currently Director of Space Technology and Policy for Adelaide-based professional services firm Nova Systems, a position she has held since 2017.

Myriota has been scaling up since it was spun out of the University of South Australia in 2015 and last year raised $15 million through a Series A funding round, with Boeing HorizonX Ventures among the contributors. The South Australian company launched its next generation of technology on Spaceflight’s SmallSat Express mission aboard a SpaceX Falcon 9 launch vehicle late last year and, this month, announced a partnership with fellow Australian business Davey Water Products to add its IoT connectivity to Davey’s TankSense product range, enabling farmers to receive water level data direct to their mobile phones.

Myriota is based at Lot Fourteen, an innovation precinct in the CBD of Adelaide that will also host the Australian Space Agency from July, and is part of a growing ecosystem of more than 80 companies working in the space industry in South Australia.

CEO and co-founder of Myriota, Dr. Alex Grant, said that as one of only two women to ever command a space shuttle, Pam is used to breaking new ground in space exploration. The company is thrilled to have her join the team at a time when the commercialization of space is opening up new avenues for entrepreneurial businesses, and enabling Myriota to lower the cost of communication and tracking of remotely located sensors worldwide.

Melroy said she was excited to be joining Myriota as it ramps up its efforts to apply space technologies to solve global problems, noting that the industrialization of space is improving the world’s ability to monitor and communicate globally, and is having real world benefits on industries including agriculture and logistics. Myriota is a serious player in the diverse and growing global space ecosystem.