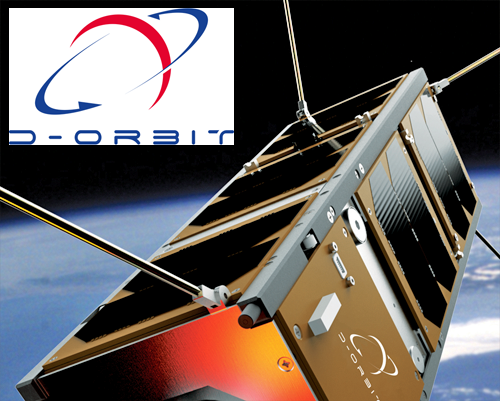 Under the GSTP, ESA partner organizations — the Italian Space Agency (ASI) in this instance — allocate additional funding for a project. The program’s mission is to convert promising engineering concepts into mature products, bridging the gap between research laboratories and commercial space missions.

Renato Panesi, D-Orbit’s CCO, said that the 2.6 million euros contract covers the study, specification, design, production, and qualification of a small satellite with the ability to transport a batch of CubeSats to orbit, and deploy each one of them independently over the course of the mission, changing orbit and attitude before each deployment to accommodate the needs of the client. The satellite will feature modular and configurable dispensers, designed to accommodate several combinations of CubeSats of different form factors. Each CubeSat will be connected to the satellite bus until deployment, receiving power and data, enabling operators to checkout their CubeSats during the pre-launch phases and before their release into orbit.
He continued that this launch and deployment solution will provide a single interface towards the launcher authorities, a simplification of satellite integration for CubeSat operators, and a precision deployment to orbit that will significantly reduce satellite dispersion time. D-Orbit has already gained a foothold on the development of this CubeSat launch and deployment technology with its ION CubeSat Carrier, a free-flyer CubeSat dispenser whose first launch is slated for mid 2019.

Lorenzo Ferrario, D-Orbit CTO, added that the first phase of the contract was started on January 1st, 2019, and will last five months and will lead to the finalization of the design. The second phase, which will last 11 months, will end with the delivery of the fully qualified spacecraft. The launch is slated for the second half of 2020.