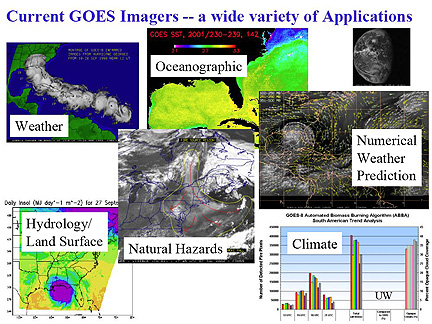 [SatNews] An announcement came stating that ITT Corp. has the next-gen weather satellite instrument. Entitled the Advanced Baseline Imager (ABI) which successfully completed environmental testing of its Proto-Type Model (PTM). The instrument was subjected to tests simulating the rigors of a rocket launch and the severe temperature conditions of space and performed extremely well, meeting its design requirements. ITT is building the ABI under contract to NASA and the National Oceanic and Atmospheric Administration (NOAA) for the next generation Geostationary Operational Environmental Satellite-R series, or GOES-R program.

“I am very proud of our ABI team. To pass all the environmental tests without any major issues for this complex of an instrument is a tremendous accomplishment. ABI will provide NOAA’s forecasters and climate scientists new tools to save lives,” said Rob Mitrevski, vice president and general manager of ITT’s Intelligence, Surveillance and Reconnaissance business area. “We will take the lessons learned from the testing on the PTM to further improve the instrument as we finalize requirements for the first flight model instrument set for delivery in 2012.”

This marks a major milestone and achievement for ITT and its government customers NASA and NOAA, as the GOES-R program progresses toward an expected launch in late 2015. The GOES-R program is NOAA’s next generation of geostationary weather satellites, which sit 22,300 miles above the Earth providing meteorological and environmental data and images used in weather forecasting. These satellites known as the “sentinels in the sky” are critical to our nation’s ability to monitor severe weather, such as tornadoes and hurricanes, and are best known as providing the images seen on local television weather reports.

The ABI instrument represents the first significant increase in technology and capability for the GOES satellites since 1994. ABI will monitor and measure three times the number of atmospheric conditions currently measured and will provide enhanced images down to 0.5 kilometers.  ABI can also make its severe weather data and images available to weather forecasters every 30 seconds rather than the current rate of 7.5 minutes, and full Earth images in five minutes rather than the current rate of 30 minutes. Another major improvement will allow NOAA for the first time to zoom in to track a specific storm while still collecting data and images from across the country. Taken together these advancements will provide more accurate and localized forecasts, thereby improving predictions of a storm’s development, path, and intensity saving lives in the process.

ABI will also be useful in studying and monitoring climate change. Datasets from ABI on sea-surface temperature, cloud coverage and solar radiance, and ABI’s ability to help calibrate and validate other climate instruments will be another significant tool for scientists.

ITT has built every imager and every sounder for NOAA’s GOES satellites since 1994, and was awarded the contract to build ABI in 2004. This milestone, and continued positive progress on the program, provides ongoing confidence for the success of GOES-R.