Mr. McCarthy will largely be responsible for growing GeoNorth’s traditional business and marrying it with the company’s recently acquired remote sensing capabilities. 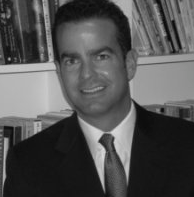 Mr. McCarthy began his career as an international management consultant where he worked on behalf of many industry-leading technology companies. In 2003, he was hired by DigitalGlobe to help submit its eventual winning bid for the U.S. Government’s Enhanced View Program, which led to DigitalGlobe designing, building and launching three successful new satellites from 2005 to the present. Over his ten year career at DigitalGlobe, Mr. McCarthy was instrumental in building the company’s commercial business. His contributions included constructing its long-term contractual relationship with Google; leading the company’s first-ever technology acquisition (GlobeXplorer) in 2006; and helping prepare for the company’s successful IPO in 2006 (NYSE: DGI)

“I feel very strongly that GeoNorth is well positioned to build on its strong history and reputation as it leverages exciting new capabilities and partnerships for growth,” said Mr. McCarthy. “With the strong support of our parent company Tatitlek, I look forward to working with the team here at GeoNorth and making these growth objectives a reality”.

GeoNorth, LLC, is an Alaska Native Corporation and wholly owned subsidiary of The Tatitlek Corporation. The firm specializes in such Geospatial and IT solutions as Optical and Radar Satellite Imagery Capture, Downlinks, and Dissemination and Distribution, GIS (Geographic Information Systems), Database Management, Web Design and Development, Mobile Applications, and Graphic Design Services.  Since 1994, the firm has serviced federal, state, and local government agencies, utilities, oil and gas firms, natural resources companies, and private and Native corporations throughout the United States and abroad.   The company also has office locations in the Pacific Northwest and Washington, DC, and operates remotely out of additional locations in Idaho, Montana, Florida, Pennsylvania, California, and Colorado.