[SatNews] Perpetually on the move due to unstable events of the day, they bring the critical supplies for body and soul...

Télécoms Sans Frontières is intervening along the Syrian border, close (less than 2 km) to the bombed villages. The operations conducted (free phone calls offered to refugees outside the camps) were very limited due to security reasons. 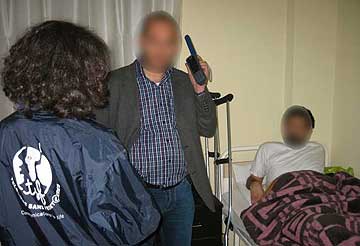 TSF set up a logistical telecom support to facilitate the repatriation of wounded civilians from conflict areas, and the supply of medicines to the besieged towns of Syria. Our team insured the homogeneous distribution of communication means towards several medical structures and provided training in their use in order to enhance medical coordination. 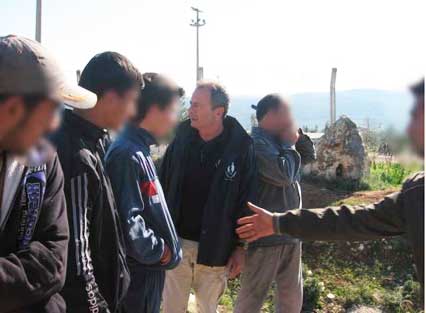 Lines form for much needed calls out of this war zone.

The Syrian conflict is entering its second year and the United Nations said an estimated 30,000 refugees have already fled Syria. Several refugee camps have been set up along the borders in Turkey and Lebanon.

TSF is monitoring the evolution of the situation of the refugees in the camps on the Syrian borders and is envisaging a strengthening of its medical support in the coming weeks.

NOTE: The above information is exclusively TSF's information, the following information pertains to the same subject matter from other sources and agencies. 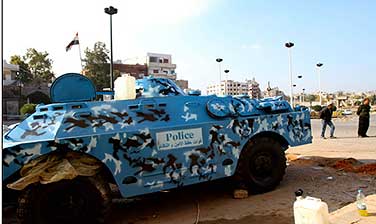 BEIRUT: At least 62 people, more than half of them civilians, were killed in violence across Syrian on Thursday, a monitoring group said.

BEIRUT: At least 62 people, more than half of them civilians, were killed in violence across Syrian on Thursday, a monitoring group said.

The Syrian Observatory for Human Rights said 35 civilians were killed in military operations in the central provinces of Hama and Homs, as well as in Idlib province in the northwest and in Daraa in the south.

According to the Observatory the highest toll was in the Idlib province, where 17 civilians were killed by government forces, including 10 in an attack on a busload of civilians trying to flee across the border to Turkey.

Twelve civilians were killed by government troops in Homs province, five in Hama and one in Daraa, cradle of the uprising against the Syrian regime, the Observatory said.

The latest deaths come despite a call by the UN Security Council for a ceasefire in Syria.

Monitors say more than 9,100 people have been killed in a revolt against Syrian President Bashar al-Assad that started with peaceful protests before turning into an increasingly armed revolt, faced with a brutal crackdown costing dozens of lives each day. (AFP)

Other informative links include:

Q And A On Egypt NGO’s And Syria With Assistant Secretary Of State For Near Eastern Affairs, Jeffrey D. Feltman here. 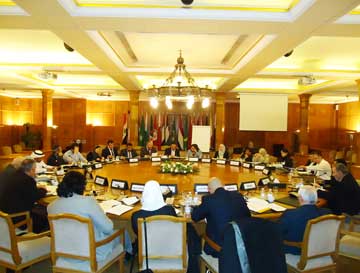