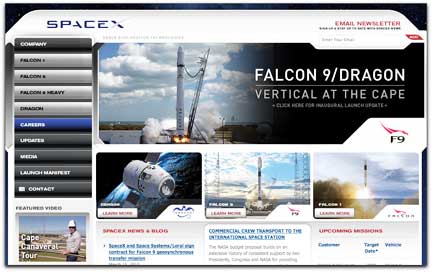 SpaceX homepage...
Space Exploration Technologies (SpaceX) and Space Systems/Loral (SS/L) have signed an agreement for the launch of an SS/L manufactured satellite aboard a SpaceX Falcon 9 as early as 2012. For this mission, Falcon 9 will launch from the SpaceX launch site at Cape Canaveral and insert the satellite into a geosynchronous transfer orbit (GTO). 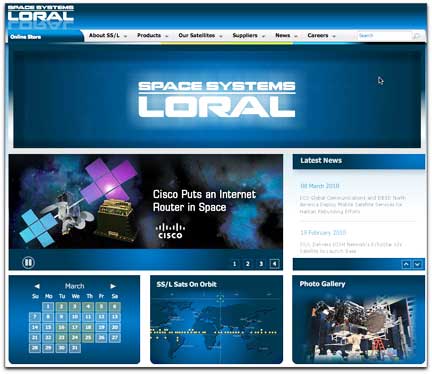 SS/L homepage...
Space Systems/Loral has an international roster of blue-chip customers and its 1300 model satellite is a decades-proven, modular platform with the flexibility to support a broad range of applications including high definition television and broadband. SpaceX's Falcon 9 is a medium-to-heavy lift, two-stage launch vehicle capable of lifting approximately 11 tons to low Earth orbit (LEO) and in excess of 4.5 tons to GTO. Falcon 9, along with SpaceX's Dragon spacecraft, were selected by NASA to resupply the International Space Station, starting in 2010.