[SatNews] LeoSat Enterprises, an emerging company with plans to launch a constellation of up to 108 LEO communications satellites, has named industry veteran Mark Rigolle as the company’s new chief executive officer. 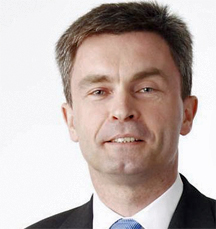 Rigolle has more than 22 years experience in the telecom and satellite industries, including as CEO of O3B Networks, where he led the effort to raise $1.2 billion in funding and launch the first eight satellites of that company’s new constellation. Most recently, Rigolle served as advisor to a number of satellite operators and private-equity funds, as well as co-founded Kacific, a project to deliver satellite broadband to isolated islands in the Pacific Ocean.

When fully operational, LeoSat will provide point-to-point data connections to and from anywhere on earth without the need of any terrestrial landings or transport. The data will be able to travel in its native form while encrypted and secured from end to end. LeoSat has just completed a feasibility study with Thales Alenia Space for its constellation launch. LeoSat continues its work with Thales Alenia Space and is entering the next phase of development.

A native of Belgium, Rigolle began his telecom career at Belgacom, rising to the position of General Manager of Strategic Planning and Mergers & Acquisitions. From 2004 to 2009, he served as Chief Financial Officer and a member of the Executive Committee of SES, one of the world’s leading satellite operators. When SES acquired an interest in O3B Networks in 2010, Rigolle was appointed CEO of that company.

“I am excited to be joining LeoSat at the moment it is developing from a project to a fully operational company,” Rigolle said. “LeoSat has formulated a unique proposition to address real market needs of business customers around the globe, utilizing key attributes of low latency, high throughput and security. I look forward to contributing my experience in leading a start-up through the critical stages of development and with working with each member of the LeoSat team and the Board of Directors.”

“Mark’s strong history of integrity, business success, and industry experience will be crucial components in LeoSat’s continued progress toward achieving our mission,” said Cliff Anders, President and co-founder of LeoSat. “He brings a known history of collaborative management that includes close communications with the vendor partners of the companies he has run.”

LeoSat’s other co-founder, Phil Marlar, added, “Under Mark’s leadership, LeoSat will be focused on our core markets and a very straightforward development path to our identified customers’ requirements for the new constellation.”

“Thales Alenia Space, a key partner of LeoSat in the development of its constellation project, welcomes the announcement of the nomination of Mark Rigolle as its Chief Executive Officer,” the company said. “The experience of Mark in the satellite and finance industry, satellite constellations, and the startup business will, for sure, be of great support to the LeoSat endeavor.

“Thales Alenia Space has been working on the LeoSat low-Earth orbit constellation since 2014 through a phase-one contract that demonstrated the industrial feasibility and performance of the high-speed, low-latency, secured-data satellite system. We look forward to pursuing this positive momentum with Mark Rigolle and LeoSat.”