[SatNews] “Far too many take for granted, or don’t even realize, the benefits that satellites provide to government, defense, businesses and consumers—every single day." 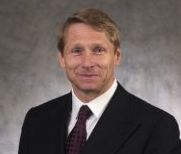 “The Board of Directors is very pleased to announce that Tom is joining SIA,” said Bill Weller, SIA Chairman and Vice President, Marketing and Sales, SSL. “With his telecommunications, commercial business, and trade association expertise, Tom is ideally suited to position SIA at the forefront of the policy, regulatory and legislative environment in Washington. SIA will continue to focus on the key issues that affect the satellite industry such as spectrum management, government smart buying initiatives, export controls and safe space operations. SIA’s Board and Membership look forward to Tom’s leadership in advancing SIA’s goals and initiatives.”

Mr. Stroup joins SIA from Shared Spectrum Company (SSC), a leading developer of spectrum intelligence technologies, where he served as CEO. For more than a decade, he served as the President of the Personal Communications Industry Association (PCIA). Previous to his position at SSC, he founded and ran several companies in the technology industry, including Columbia Spectrum Management, P-Com Network Services, CSM Wireless, and SquareLoop. Mr. Stroup holds a BS, summa cum laude, in Public Administration from the University of North Dakota. He is also a graduate of Georgetown University Law Center where he served as Editor of the Georgetown Law Journal.

“I am extremely excited to join SIA at this pivotal stage of the satellite industry’s growth and evolution,” said Tom Stroup. “Far too many take for granted, or don’t even realize, the benefits that satellites provide to government, defense, businesses and consumers—every single day. Today however, many new technology companies, including some in Silicon Valley, are starting to more fully recognize those benefits plus the potential only satellites can deliver. On many levels, what is happening in the satellite industry reminds me of the revolution in personal communications that eventually led to the vibrant mobile marketplace that exits today.”

As President of SIA, Mr. Stroup becomes the trade association’s lead advocate for regulatory and policy issues of critical importance to SIA’s membership, including spectrum and licensing issues, defense and public safety matters, and export control and international trade issues. He also takes over the day-to-day management and operations of SIA, including member communications, staff leadership and organization of SIA sponsored events.