[SatNews] Virgin Galactic, the world’s first commercial spaceline, announced the company has reached a significant milestone in the testing of a new family of liquid rocket engines for LauncherOne, the company’s small satellite launch vehicle. 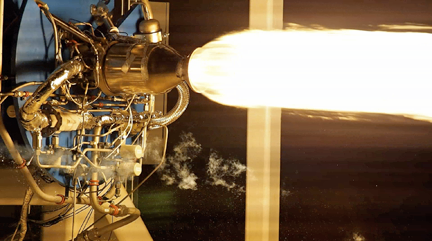 As part of a rapid development program, Virgin Galactic has now hot-fired both a 3,500 lbf thrust rocket engine and a 47,500 lbf thrust rocket engine, called the “NewtonOne” and “NewtonTwo” respectively.  Further, the NewtonOne engine has successfully completed a full-mission duty cycle on the test stand, firing for the five-minute duration expected of the upper stage engine on a typical flight to orbit.  These tests are being conducted on two new state-of-the-art test stands that the team designed, assembled and installed internally.

“We are proud of the great progress our propulsion team has made in reaching these milestones,” said Virgin Galactic CEO George Whitesides.  “Combined with parallel progress made by the company in advanced tank and avionics technology, we are now well on our way to providing customers with the lowest cost opportunity for small satellite manufacturers and operators to buy a dedicated ride to space.” 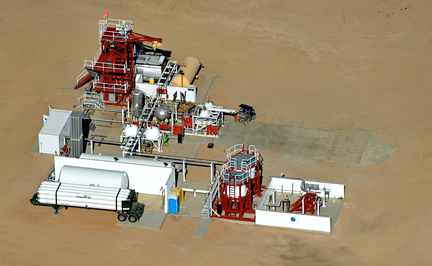 The new rocket engines were designed and assembled in-house by Virgin Galactic engineers and technicians, and mark the first firings of engines designed and built by the privately-funded company, owned by Sir Richard Branson’s Virgin Group and Abu Dhabi’s aabar Investments PJS. As part of the ongoing test program, the NewtonOne engine has now been fired dozens of times, achieving the target thrust during a full-duration test. The test team has successfully completed as many as six distinct test firings in a single day, as a demonstration of the rapid test-retest capability critical to the liquid engine program. The larger NewtonTwo engine has also been fired multiple times at short duration, with longer duration firings scheduled to occur in the coming months. Additionally, Virgin Galactic engineers and technicians successfully completed a quick turnaround test in which engines were swapped out and fired within 12 hours, an important early demonstration of LauncherOne’s responsive, quick call-up capability and of the versatility of both the engines and the test stand.

“The unique environment in Mojave enables the team to design, manufacture, assemble and test the engines in a single location, which allows us to make progress swiftly,” said Whitesides.

Both engines were custom-designed by Virgin Galactic to serve as the propulsion system for the LauncherOne satellite launch vehicle, which uses a single NewtonOne on the upper stage and a single NewtonTwo on the main stage. Both engines are simple, pressure-fed LOX/RP-1 systems built with a low part-count design. The NewtonTwo engine is a scaled-up version of the NewtonOne, sized to serve as the first stage engine for LauncherOne, with a nozzle optimized for air-launched performance. Powered by those two engines, LauncherOne will carry small satellites to low-Earth orbit affordably and responsively, enabling a new generation of private and government missions.