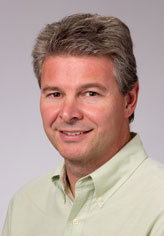 KVH Industries, Inc. (Nasdaq:KVHI), a provider of global satellite communications and guidance and stabilization solutions, today announced that its Board of Directors appointed Mr. Peter Rendall, A.C.A., to serve as KVH's Chief Financial Officer, effective October 1, 2012, thereby replacing the company's previous Chief Financial Officer, Patrick Spratt, who is retiring. Mr. Spratt will continue to work with KVH through a short transition period and then as a consultant.

Mr. Rendall brings extensive financial and operational leadership experience to KVH. He began his career at PricewaterhouseCoopers in London before moving to Massachusetts in 1995 to join Logica, an IT consulting firm, as its Vice President of Finance and Operations. Mr. Rendall then served as CFO at Elcom International, an international IT products and services business and SaaS supply chain software division. He served as both CFO and CEO at Top Layer Security and, most recently, as consulting CFO to JobSmart Partners.

"I am excited to work with Peter on KVH's continuing success and the global expansion of our operations. He has a track record for success and a keen understanding of technology-focused markets, and we look forward to utilizing his many talents.

We expect that Peter will build upon the strong financial footing that Pat Spratt established during his decade-long tenure as KVH's CFO," says Martin Kits van Heyningen, KVH's Chief Executive Officer. "We would like to thank Pat for his many contributions over the past 10 years, helping us to grow from a small manufacturing company to the provider of mini-VSAT Broadband(SM), the world's leading maritime VSAT service. Many exciting development opportunities are on the horizon at KVH and throughout the markets we serve, and we believe that, with the solid background that Pat built and Peter's leadership going forward, our financial team will be well prepared to help us make the most of them." 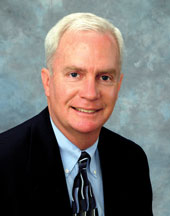