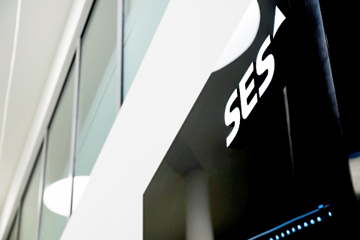 SES (Euronext Paris:SESG) (LuxX:SESG) announced today that the firm's Board of Directors approved a restructuring of SES’s go-to-market organization model with the creation of two highly focused business units—SES Video and SES Networks.

These business units will focus on the video- and data-centric segments in which SES operates. The new organization, which will be implemented during the course of 2017, will gather all go-to-market capabilities and allow SES to deliver increasingly differentiated and essential satellite-enabled communication solutions to SES clients in the respective video and data-centric segments. SES Networks comprises the Enterprise, Mobility, and Government segments and integrates O3b Networks.

Romain Bausch, Chairman of the SES Board of Directors, reported that this new market facing structure will enable SES to accelerate the execution of the company's market centric strategy and concentrate the differentiated capabilities within each community to best serve the global customer. Scaling up its essential capabilities, SES demonstrates strategic determination and foresight, bringing the best of SES to each and every client served around the world. The new operating model will allow SES to fully leverage the capabilities of its affiliates, MX1 and O3b, in which we significant investments have been recently made, and make them a key enabler of the firm's video and data-centric businesses, respectively.