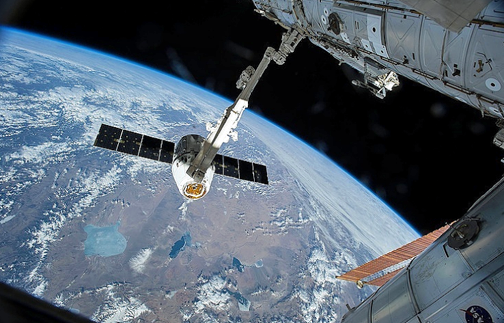 Russia's news agency, TASS, is reporting that the nation's planned new orbital station will consist of five modules with a total weight of 60 tons, according to the First Deputy CEO of the Energiya Rocket and Space Corporation and Chief Designer for Manned Space Systems, Yevgeny Mikrin.

The airlock and transformable chambers can also be referred to the modules currently under development, he said. Additionally, Russia’s future orbital station is to have no service life limit.

"Work has been launched at the Energiya Rocket and Space Corporation to design transformable modules: the experimentally tested composition and structure of the outer surface have been chosen and the physical and mechanical properties of the materials involved have been confirmed," Mikrin said.

Developers have provided for a possibility to switch over to experimental design work and to create a pilot model with a dimension of about 100 cubic meters.

"This technology is eventually expected to be used to create full-size habitable modules for orbital space stations and under the lunar program," Mikrin added.