[SatNews] Jeff Garzik, Bitcoin pioneer and CEO of Dunvegan Space Systems (DSS) announced he has signed a contract with Deep Space Industries (DSI) to build a 24 BitSat satellite constellation as the first element of a new strategic alliance between the two firms. The nanosats to be used in the Dunvegan constellation designed by DSI provide an order of magnitude cost advantage over traditional telecommunication satellites.

Based on the industry standard Cubesat form factor, BitSat enables a cost and performance framework that supports the open platform business model employed by Dunvegan. Deep Space Industries is a technology and spacecraft design company, currently developing efficient means of utilizing the resources of outer space.  DSI will locate, harvest, and refine asteroid materials and then manufacture and distribute products, propellants and technology solutions to in-space customers. 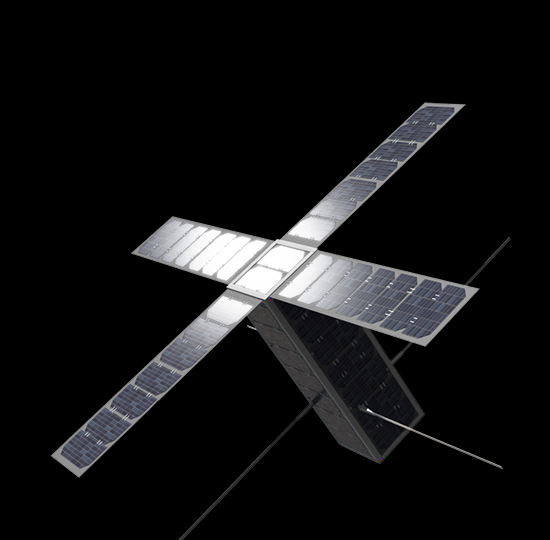 “Just as Bitcoin is revolutionizing financial exchanges, Dunvegan will do the same for space systems with this project,” said Garzik. “To do it right we needed a partner that was both visionary and technically capable. Once I began to work with Deep Space we realized we had found that partner.”

Building on expertise in open-source software and democratized financial systems, Garzik launched this new company to capitalize on the rapidly emerging commercialization of space and advancements in technology platforms. Dunvegan specializes in distributed applications and computing solutions for the space based market, including Software-as-a Service (SaaS) platforms and financialization of space resources.

“DSI’s long term goal of harvesting space resources is well known, and our first steps involve developing nimble, low cost spacecraft that turn out to be very similar to the needs of Dunvegan,” said DSI CEO Daniel Faber. “Partnering with DSS on the BitSat project allows DSI to ramp up production of our spacecraft avionics suite and implement several improvements. It’s a perfect match all around.”

The DSS constellation will be the first-ever constellation of communication satellites based on open platform principles, with a focus of providing communications, data processing, storage and broadcasting capabilities in space. The deal to build and fly the spacecraft was signed after a several months long interaction between the two firms, including a detailed constellation and spacecraft design project completed last summer by Deep Space at its Silicon Valley based NASA Ames facility.

“This is the first of a number of efforts we have planned with DSI,” said Dunvegan CEO Jeff Garzik. “Dunvegan is focused on providing software and data solutions for our customers, while the partnership with DSI will provide the hardware for this and several upcoming projects. Together we believe we can help transform the ability of people around the world to benefit from space activities, be it in terms of communications or resources.” 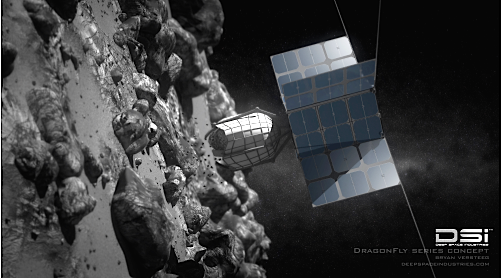 Daniel Faber and Jeff Garzik will be participating in a panel session at SXSW Interactive on Monday, March 16 at 11am.  Due to the popularity of the panel, “Big Data in the Off Planet Era” this session is now RSVP only.  Both companies, Deep Space Industries and Dunvegan Space Systems will also be presenting at a special Space Road Show event on Sunday evening.

Dunvegan Space Systems is preparing to launch the first-ever constellation of communications satellites based on open platforms and computing systems, with a focus on providing data processing, storage and broadcasting capabilities in space.  Dunvegan believes that the rapidly emerging commercialization of space represents an untapped market for open-source communication and computing systems that can provide unique advantages over current terrestrial solutions.