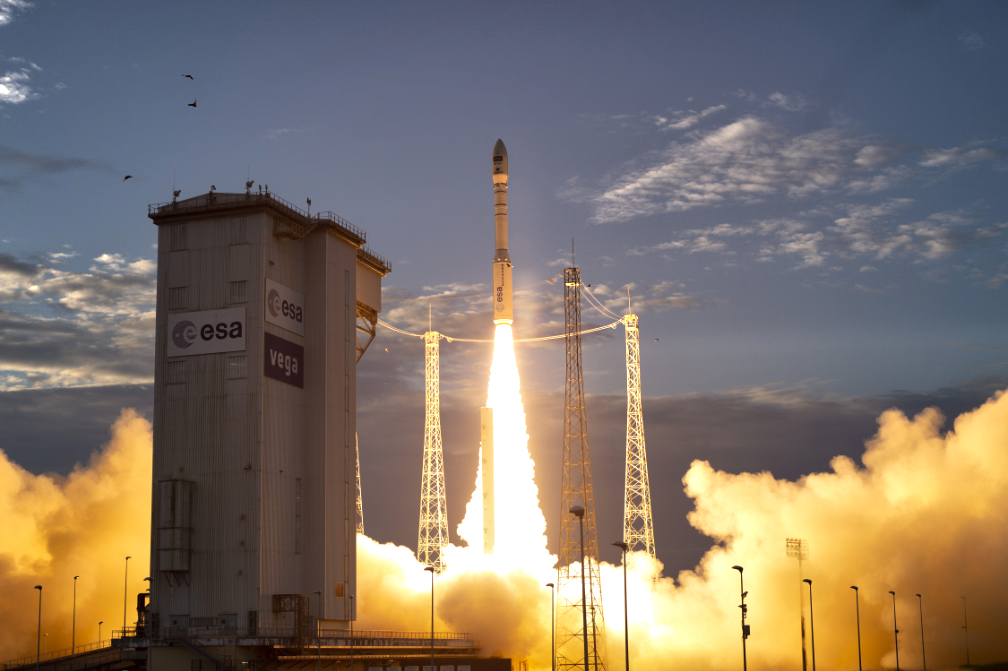 Thales Alenia Space, a joint venture between Thales (67%) and Leonardo (33%), has signed a contract with AVIO S.p.A., the industrial prime contractor of VEGA launch vehicle, in the frame of the LEAP1 program of the European Space Agency (ESA), concerning the initial phases of design, development and qualification of a TDRS (Tracking and Data Relay Satellite) transmitter, targeting an improvement of VEGA telemetry system both in terms of cost and performance.

The new VEGA TDRS system is based on the transmission of the telemetry data streaming to TDRS geosynchronous satellites constellation, which then relay the signal to the TDRSS2 ground stations. This system will significantly improve the contact between the ground and the launcher by allowing continuous transmission of the telemetry data streaming all along the launcher trajectory thanks to the TDRSS coverage. The VEGA TDRS system will be compatible with the current launcher version and easily adapted to its evolutions, as the VEGA-C launcher version.

The TDRS transmitter development draws on Thales Alenia Space in Spain comprehensive expertise in the development of telemetry and command systems for all type of space missions in LEO, GEO, the Moon and Langrange L2 orbits. In particular, the company has developed TDRSS-compatible transmitters and receivers for numerous missions in LEO, including visiting spacecraft to the International Space Station such as Europe’s ATV, Japan’s HTV and USA’s Cygnus. Thales Alenia Space has also valuable experience in the launchers segment and is currently developing in its facilities in Madrid (Spain) the telemetry transmitter for the Ariane 6 launch vehicle.

Eduardo Bellido, CEO of Thales Alenia Space in Spain said the company thanks AVIO and ESA for their trust in the firm's capacities to develop the TDRS transmitter for VEGA, which is a key element for an improved approach to telemetry data transmission for European launchers, by using geostationary data relay satellites.