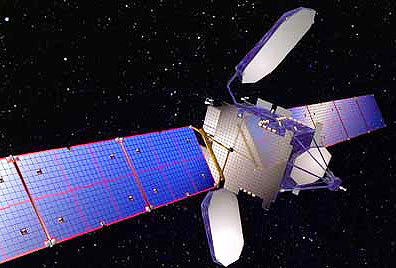 Artistic rendition of Satmex 5
[SatNews] It's all about capacity, and these two firms have cemented in delivery of broadband services...

Satelites Mexicanos, S.A. de C. V. (Satmex), a significant provider of fixed satellite services (FSS) in the Americas, has announced that Media Networks Latin America (MNLA), a wholly owned subsidiary of Telefonica International and provider of satellite distribution and technical operations services, have signed a multi-year and multi-transponder capacity contract for broadband data services throughout Latin America. MNLA will initially use Ku-band services through the Satmex 5 satellite. Satmex 5 has a strong customer base in at its orbital position of 116.8 degrees West that provides services throughout the Americas. Once Satmex launches the new satellite Satmex 8 in the third quarter of 2012, MNLA will migrate its operations from Satmex 5 to the new Satmex 8. Satmex 8 offers numerous advantages over Satmex 5, including additional capacity, improved geographic coverage and higher power.