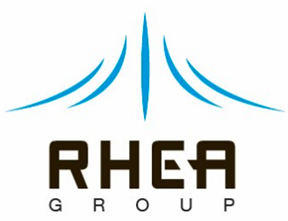 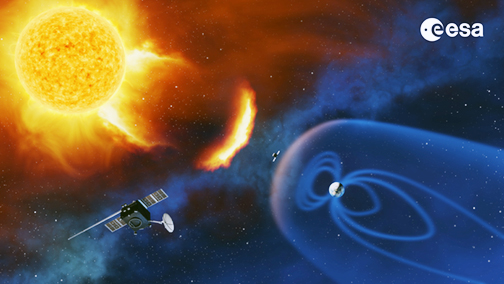 Solar activity can include sudden bursts of radiation and ejections of large clouds of magnetized plasma known as Coronal Mass Ejections. These interact with the Earth’s surrounding magnetic field, giving rise to geomagnetic storms and induced currents in the ground, potentially causing severe disruption to many market sectors, including power grids, communications and navigation, as well as posing a threat to sensitive electronics onboard spacecraft and for high-altitude aircraft. A recent ESA study estimated that the potential financial impact in Europe from a single, extreme space weather event could reach 15 billion euros.

The new Space Weather Service System Design Contract was awarded by ESA to RHEATECH in the UK along with partners Deimos Space UK Ltd., RAL Space and the UK Met Office. Under this contract, the consortium will develop an overarching design, building on the existing system and introducing new elements which will help to ensure that affected organisations, including commercial actors, are quickly alerted to the possibility of a major space weather disturbance so they can take action to mitigate any potential impact on their systems or services.

Through its space safety efforts, ESA aims to detect and mitigate threats from space, protecting the planet, society and economically vital infrastructure, on Earth and on-orbit. This includes federating existing European expertise and capabilities and developing new technology to monitor space objects and address threats from space debris, monitor and warn about space weather but also identify and mitigate risks due to potentially hazardous asteroids.

John Bone, CCO of RHEA Group, reported that the impact of space weather has become an important issue for many organizations. For example, severe solar activity can lead to the loss of power from grids and cause chaos to cities and populated regions due to disruption or loss of services on which people and businesses rely each day, such as electricity, navigation and communication systems. This means constant monitoring of the Sun’s activity and space environment is required. RHEA Group has a wealth of expertise in developing, maintaining and operating space weather and other Space Situational Awareness systems, some of the key capabilities required to support ESA’s Space Weather Service System, and the company is delighted to be part of this important and innovative program.

Rolf Densing, ESA’s Director of Operations, highlighted that, as part of ESA’s Space Safety program, the company wants Europe to be able to protect its space and ground infrastructure and society against space weather hazards. This new design work will help ESA and its partners provide operational services tailored to everyone's needs and provide timely, accurate and actionable information to operators of all sensitive infrastructure, such as satellite fleets on-orbit and power grids on ground. The majority of ESA's budget allocated to space safety is returned to its Member States through contracts such as this one, providing jobs, enhancing European expertise and boosting industrial competitiveness in the global market.