...a drive to finance three new satellites, one to be built by Loral Space & Communications Inc. (LORAL) and two to be built by Boeing (BA). According to a report in Bloomberg, bylined by Katrina Nicholas, who is based in Singapore, the Export-Import Bank of the United States is the focus of the loan attempt by ABS, to the tune of some $215 million, with assistance from ING Groep NV. Financing could be in place by Q3 of 2012.

Last month, Boeing reported the Company had been awarded a four satellite contract from ABS to develop ABS-3A, for delivery by Q4 2014 or Q1 2015. ABS' satellite fleet beams coverage to the Indian, Pacific and Atlantic ocean areas. 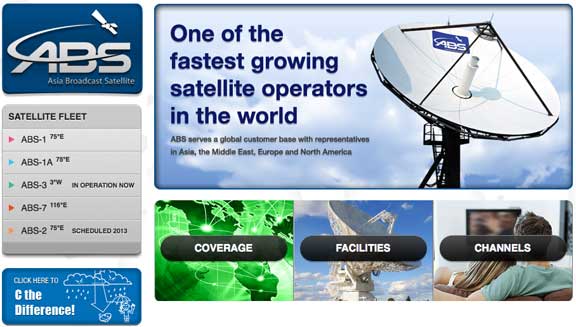