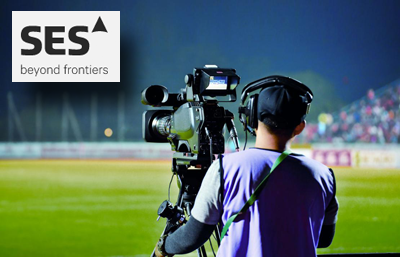 Aiming to enhance the variety of their TV package with Spanish-speaking content and new English-speaking channels, satellite TV provider Kiwisat is delivering 60 new channels to Caribbean audiences, of which 50 are in HD (High Definition), using SES’s satellite SES-10.

Under the long-term extension agreement announced by SES, Kiwisat is leasing additional capacity to transmit the 60 additional channels via SES-10, which is already delivering Kiwisat’s current TV package of about 130 channels. This brings the new Kiwisat content line-up to about 190 channels, of which about 140 are in HD, with a mix of content in three languages: English, French, and now Spanish. 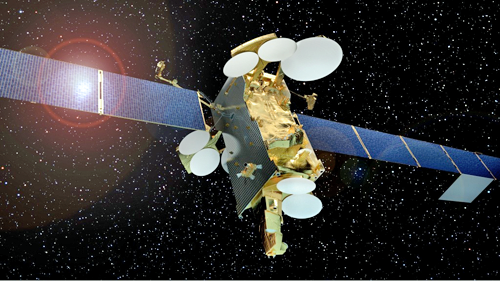 Artistic rendition of the SES-10 satellite.

Launched in April this year on SES-10, Kiwisat offers the largest HD bouquet in the Caribbean region. By extending its channel line-up, Kiwisat will be able to offer different targeted TV packages adapted to the islands’ population and main language. With the support of resellers across the Caribbean, this will allow the platform to cater to various consumers’ needs in the region and reach a wider audience.

Andrew Wang, the CEO of Kiwisat, said that with these new channels, the company is bringing an even wider array of choice than before to viewers and is also offering more high picture quality content. With more channels, more reception equipment, and more points of presence in the Caribbean islands, Kiwisat is on the path to exponential growth and that our partner SES is accompanying the firm on this journey.’

Jurandir Pitsch, VP, Sales and Market Development for Latin America and Caribbean of SES Video, added that the company is excited about Kiwisat’s success. As the first DTH platform designed for the Caribbean, Kiwisat has won viewers’ hearts with their accessible, top-quality TV entertainment offer, and now they ready to expand. SES Video is proud to contribute to customer growth and to help bring more content in high resolution to audiences in the Caribbean.’ 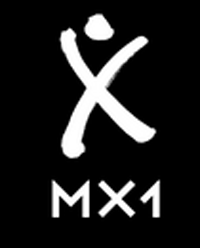 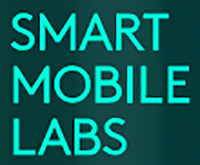 Additionally, SES has announced that broadcasters and event organizers will be able to make use of a new service that provides reliable onsite LTE network and dedicated WiFi hotspots, regardless of the location of their event. This is due to Munich-based Smart Mobile Labs’ (SML) cooperation with MX1, a subsidiary of SES, to bundle their LTE technology into the MX1 OU Flex product.

The new feature combines OU Flex’s 150 Mbit/sec of reliable bandwidth supplied by SES’ powerful satellite fleet and SML’s 5G-ready LTE/WiFi hotspot solution. Together, these innovations enable crystal-clear high definition and UHD content to be reliably distributed to a specialized mobile application on the phones of thousands of event spectators and audiences around the world. 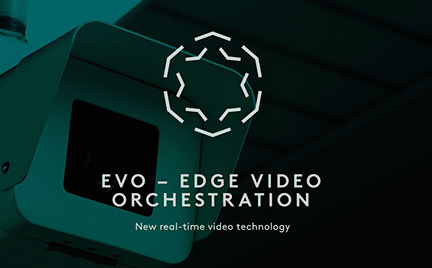 SML’s LTE technology is based on the company’s core technology, Edge Video Orchestrator (EVO), which allows switching of real-time video streams with a low latency and will extend OU Flex connectivity on-location to deliver video, audio and data streams through a local mobile network for rebroadcasting and Content Delivery Network (CDN) distribution. The combined solution is proven with 4G LTE technology.

OU Flex, which was launched in March 2018, provides a dependable video distribution and bidirectional IP connectivity solution for broadcasters, live event producers, event organisers and remote operators. The solution works even when terrestrial and mobile networks are congested, and in remote areas, to ensure that over-the-top streaming and social media updates can be executed from the field, while also distributing video feeds to TVs globally.

The new OU Flex feature can be used for a variety of applications. One is extending a network to mobile cameras that deliver focused views of an event to OU Flex-connected spectators onsite and audiences around the world. The mobile application can then offer these shots in a split screen mode, directed by the viewer’s choice. Additionally, the customer can superimpose sponsor information, graphic elements, or social media conversations on top of the video feed, for a total event immersion, all in real-time.

Andreas Westhoff, the CEO of SML, said that the company enhanced the audience experience at a major baseball game with the firm's EVO technology by enabling spectators to use their smartphones or tablets to select the camera angle from which they’d like to view the game — whether from the pitcher’s, catcher’s or cheerleader’s point of view. By combining the firm's solution into MX1’s OU Flex, SML can go further because of satellite’s reliability and reach. Now the company will be able to deliver SML's unique capabilities to customers in remote locations or in network congested situations.

Wilfried Urner, the CEO of MX1, noted that cooperating with SML allows event organizers to up their game as they can now offer services to thousands of phones on the ground, which empowers them to provide enhanced experiences to spectators on-location as well as those around the world. This add-on is a perfect complement to MX1's OU Flex service as it expands the flexibility already offered. The company is focused on delivering services that are plug-and-play without compromising on quality, which defines both OU Flex and this new SML add-on.