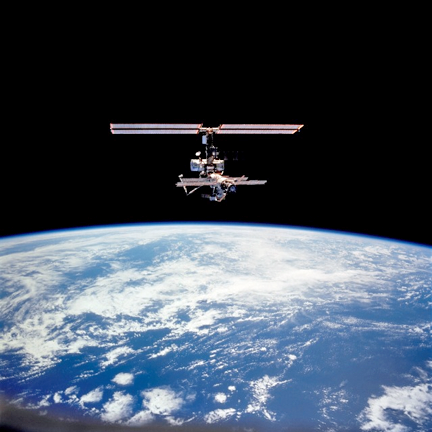 Russian news agency TASS is reporting that the nation's segment of the International Space Station (ISS) will gain its own wide-band systems of communication with the Earth via relay satellites by the end of this year, and that's according to the CEO of the Reshetnev Information Satellite Systems Company, Nikolai Tolstoyedov.

"This year the ISS will be equipped with Ku-band devices capable of transmitting to the Earth not just telemetry, but also a large amount of video and other information," he said.

Currently, the system that is equipped for this purpose consists of three, same-name relay satellites that are being used for the transmission of telemetry in launching cargo and manned spacecraft.

So far, the opportunities for contacting the Russian segment of the ISS through domestic systems have been limited, because the equipment in use allows for transmitting the signal only when the ISS flies over the ground stations in Russian territory. For the remainder of the time, Mission Control near Moscow has to maintain communication with the crew using US satellites.