Astrium... Helios Has It All Happening... 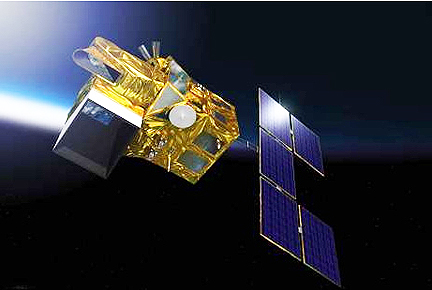 The in-flight acceptance of the Helios IIB satellite has been successfully completed by Astrium on behalf of the French Defence Procurement Agency (DGA) and under delegation from the French space agency, CNES. Helios IIB will now enter its operational phase serving the partner countries France, Belgium, Spain, Italy, Greece and Germany and CNES will be responsible for in orbit operations.

The first images provided by the satellite were already being presented to military officials just a few days after the launch on December 18 , 2009, exactly five years after the launch of Helios IIA. CNES, DGA and Astrium teams have spent three months checking that the satellite is in full working order. New software has also been installed to enable the Helios ground user segment to operate the three Helios satellites now in orbit. The results of the checks were all positive and the DGA has now declared that it’s "all systems go"!

In related news, Astrium has installed a Helios ground station in Gelsdorf that will enable users in Germany to obtain the same direct access to the system that the program's four original partner countries enjoy. Astrium is also working on a sixth station in Greece, which will be fully operational in the upcoming months. Since development work first began on Helios I more than 20 years ago, Astrium has been prime contractor for both space (satellites) and ground user segments for military space observation systems serving the French military.