DHI GRAS Maps The Floods In Denmark, Courtesy Of TerraSAR-X

[SatNews] Two storms passed over Denmark the weekend of 9-11 January 2015.

During and after the storm, flood warnings were issued in different areas of the country. In order to monitor and map the spatial extent of the flooding, DHI GRAS asked Airbus Defence and Space to acquire some TerraSAR-X satellite images over the flood areas. The company then analyzed and mapped the flooded area. 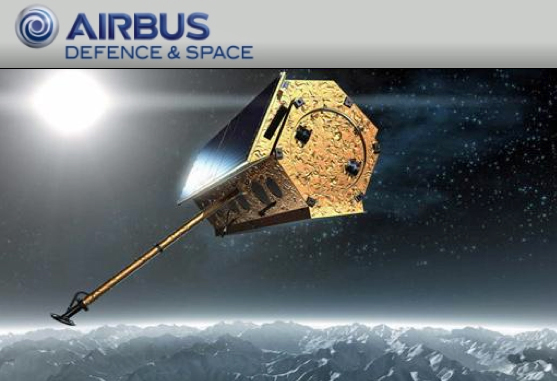 The main advantage of using radar satellites such as TerraSAR-X is the ability to acquire images independent of weather and light conditions. It is possible to get an image of the actual conditions on the ground even during harsh winds (up to 35 to 40 meters per second in this case), massive clouds and rain, and during the night. The illustration below shows parts of the flooded area in around Limfjorden in Northern Jutland (Denmark). On the background radar satellite image, the water is black while land area appears in white/grey tones. The light blue overlay indicates flooded areas.

The images were acquired over various parts of Denmark on January 11, 12 and 13—by preparing and reacting to future and similar early warnings of flooding and storm events, it is possible to plan for new images to be acquired during the maximum extent of the water level. 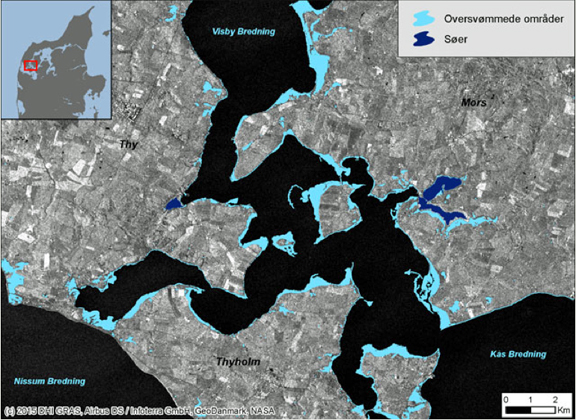