John Celli retiring as President after serving for 36 years in various capacities.

John Celli, who for 36 years served at Space Systems Loral (SSL) beginning with his move from Italy to become an antenna engineer on to achieving the most prominent position of President, will be retiring. MacDonald, Dettwiler and Associates Ltd. (MDA) made this announcement as well as the appointment of their new Group President, and the dual title of Executive VP and Chief Operating Officer effective July 17.

Howard L. Lance, president and chief executive officer of MDA stated that he wanted to thank John for his many years of outstanding service at SSL, and for his role as a highly regarded leader in the satellite industry. John's passion for space technology and his commitment to both customers and employees drove SSL to a leadership position in satellite design and manufacturing and set the groundwork for future growth based on innovative thinking and technical excellence. 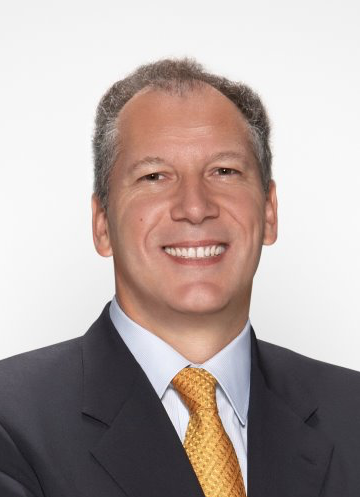 In 2016 Mr. Celli received multiple honors and awards for his leadership.

John Celli joined SSL in 1981 when he was recruited from his home in Italy to work as an antenna engineer at the Palo Alto facility. Over the years he held increasingly responsible roles as Solar Array Supervisor, Mechanical Engineering Manager, and Director of Spacecraft. One of his proudest achievements was his role as Executive Director for the Intelsat IX program where he led the successful development and delivery of seven advanced multi-frequency communication satellites for the world’s leading satellite operator.

John Celli stated that it’s been an honor for him to serve in this industry with his SSL colleagues and customers throughout the past 36 years, and  noted that looking ahead he is confident that SSL will continue to grow and lead the industry.

Mr. Zamarian brings a wealth of experience in leading transformative growth and executive leadership experience to SSL, where he will work closely with the ongoing SSL senior executive team to support the needs of satellite operators around the world and drive growth into new markets. Since 2013, Mr. Zamarian has advised multiple technology companies affiliated with the Blackstone Group and served on several of their company boards. Most notably, he was instrumental in the strategy formulation, acquisition and integration activities that formed Optiv Security, a market-leading provider of end-to-end cyber security solutions.

Previously, he was Global Vice President and Worldwide General Manager, Enterprise Systems and Solutions business at Dell Technologies from 2010-2013. Mr. Zamarian served as Vice President and General Manager, Systems and Network Management business at Cisco Systems from 2004-2010. Additionally, he held positions in corporate strategy, product management, sales and software engineering for technology firms in Silicon Valley. Mr. Zamarian received his BSEE and MSEE from the Polytechnic University in Turin, Italy and an MBA from INSEAD in France.

Dario Zamarian commented that he is looking forward to the opportunity to join a world-class company such as SSL and that driving growth in new markets and surpassing the needs of satellite operators around the globe is an exciting proposition and the combination of the new leadership team gives him confidence that SSL will continue to grow and lead the industry.

Mr. Zamarian’s responsibilities as SSL Group President will include all of the satellite and space systems markets the company serves including GEO Communications, LEO Communications and Earth Observation, Space Infrastructure Services and U.S. Government Systems.

Dr. Paul Estey joined SSL in 1997. He currently serves as Executive Vice President, Engineering and Operations. Dr. Estey earned his BSME at Queens University in Kingston, Ontario, his MSME at the Massachusetts Institute of Technology, and his PhD in Engineering at Stanford University.