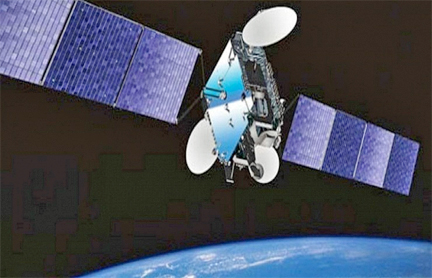 Artistic rendition of the Yamal-201 satellite.

Image is courtesy of Energia.

[SatNews] According to the Russian ITAR-TASS news agency, the Russian communication satellite — Yamal-201 — could not be repaired after a malfunction in June and is now deemed lost.

“The satellite will not work anymore,” Gazprom Space Systems (GKS), which owns the satellite, told ITAR-TASS on Wednesday, July 16th. “The traffic that was serviced by Yamal-201 has been referred to other GKS satellites.”

Launched in 2003, Yamal-201 made by the Space Rocket Corporation Energia is the oldest among the GKS space assets and was supposed to operate until 2015—the satellite malfunctioned on June 5, 2014. The satellite’s signals covered 95 percent of Russia’s territory.