The First Successful Year For Deimos-2

Recent events that have been imaged by Deimos-2 include:

During that time, the satellite has recorded a total of 18,000 images, covering an area of 3,2 million sq. km almost 6 times Spain's surface area.  These very high-resolution images are particularly suitable for obtaining territorial information that is applied in a variety of different fields of activity: agriculture, the environment, climate change, safety, deforestation, management of water resources and supporting the management of crises arising from natural disasters.

The range of services currently offered by the Deimos-2 satellite is completed by those provided by Deimos-1, which can be grouped into three main areas: Agriculture, Forestry and Emergencies Services. 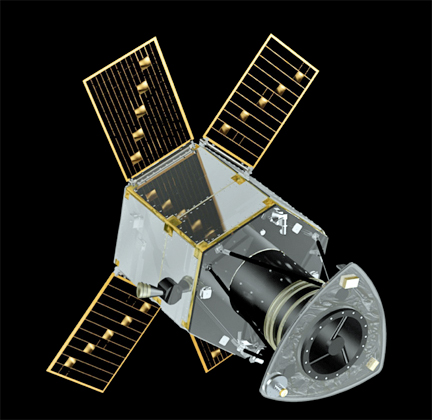 Artistic rendition of the Deimos-2 satellite.

Deimos-2’s advanced capabilities have resulted in its participation in a number of major international projects and services. Currently, the satellite is part of the EU and ESA’s (European Space Agency) Copernicus Emergency Management Services, covering emergency responses. Deimos-2 is also a key player in the CORE datasets of the Copernicus Data Warehouse,managed by ESA, carrying out a complete sub-metric mapping of Europe.