[SatNews] Thales Alenia Space is stating that Globalstar has no right to place an order for six quick-delivery spacecraft... 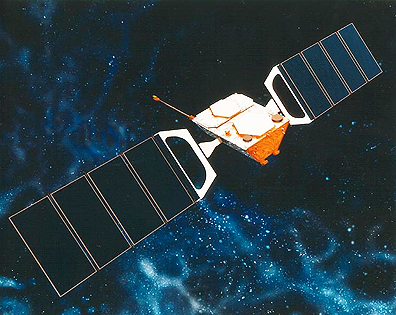 Thales Alenia Space, the prime contractor for the second generation of Globalstar mobile communications satellites, has rejected a Globalstar order for six quick-delivery spacecraft, alleging that the company “has no right to place the order,” this according to a Globalstar statement on October 5th. In a filing with the U.S. Securities and Exchange Commission (SEC), Globalstar also disclosed modifications to bank financing that will permit the company to delay the in-service date for the 24 second-generation satellites already under construction without being declared in violation of its loan covenants. The lending consortium, which includes the French export-credit agency Coface, has also agreed to allow Globalstar to use its current resources to order the six new satellites, but only if the contract can be concluded for 55.2 million euros ($75 million) or less,Globalstar said in the SEC filing.

Globalstar and Thales Alenia Space of France and Italy have submitted a dispute about each side’s future contractual obligations for satellite construction to the American Arbitration Association, which has scheduled a hearing for January 24th. Judging from Globalstar’s past statements, the core of the dispute appears to be whether prices and delivery schedules agreed to in the original Globalstar contract are still valid despite the contract’s modifications and what Thales Alenia Space alleges was Globalstar’s unilateral termination of the contract. The dispute apparently has not affected Thales Alenia Space’s delivery of the first 24 second-generation spacecraft. Twelve of these have been launched, and the remaining 12 are scheduled to be launched six at a time aboard two Russian Soyuz rockets from Russia’s Baikonur Cosmodrome in Kazakhstan. The next launch is set for early December, with the final six-satellite batch to be launched in early 2012.

Delays in the launch of the third batch, due to a Russian government investigation of the August failure of a Soyuz rocket carrying supplies to the ISS, meant Globalstar would be unable to meet the in-service deadline of December 1st for 18 satellites. In the SEC filing, Globalstar said its lenders have agreed to an eight-month extension, to August 1st, 2012.

An on-board anomaly that could affect the six satellites launched in October 2010 has motivated Globalstar to accelerate work on six satellites that were not part of the 24-satellite batch being delivered. Globalstar announced on October 3rd that it had ordered six more satellites from Thales Alenia Space and that these would be delivered in 2013 under the terms of a 2006 contract between the two companies. In the Oct. 5 SEC filing, Globalstar said its lenders have agreed to permit the new six-satellite order, on condition that Thermo Capital, Globalstar’s chief benefactor, deposit $25 million into an escrow account once the contract has been accepted by Thales Alenia Space. The lenders also stipulated that if Globalstar uses an existing contingent-equity account of 60 million euros to build the new satellites, it must raise new funds to match the amount spent on the new spacecraft. Thales Alenia apparently views these six satellites as part of the broader dispute with Globalstar over what the manufacturer is obliged to do under the contract in force now.

Globalstar, which moved to Louisiana from California to lower operating costs and benefit from Louisiana state assistance to companies relocating there, said in its October 5th SEC statement that it is laying off about 60 full-time employees. The company will incur a one-time charge of $600,000 in severance payments as a result of the layoffs, which are expected to save $500,000 per month. (Source: Peter B. de Selding, SpaceNews.com)