Lockheed Martin Moving On Into New Digs In Colorado...

[SatNews] Lockheed Martin [NYSE: LMT] and Colorado Gov. John Hickenlooper on October 29th celebrated a growing aerospace presence in Colorado by cutting the ribbon for the company’s Commercial Space headquarters and announcing an economic incentive program designed to bring jobs to the state. 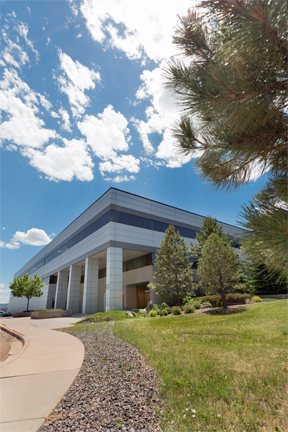 The new Commercial Space headquarters office—an area of expansion for Lockheed Martin—houses engineering, program management and operations for the A2100 family of satellites, which provide broadband and mobile communications to commercial companies around the world. The Lockheed Martin A2100 fleet, which has accumulated more than 450 years of operation, consists primarily of exports to international customers.

The economic incentive program—approved through the Colorado Economic Development Commission—allows for up to $15.5 million in state income tax credits based on new jobs Lockheed Martin hopes to create in Colorado over the next eight years.

“The aerospace technology created in Colorado—from GPS to communications and scientific exploration—improves our lives every day, and the economic incentives announced today encourage job growth in this extremely high-tech, high-value sector,” said Gov. Hickenlooper. “It’s a winning proposal for the state because each job created benefits Colorado businesses and our economy.”

“Colorado has been a leader in space exploration and innovation since the founding of our industry, and it continues to be a place where space-based business thrives,” said Rick Ambrose, executive vice president of Lockheed Martin Space Systems Company. “By basing this important segment of our business in Colorado, alongside our world-class test and manufacturing facilities, we’ll be able to accelerate innovation and lower costs for commercial and government customers worldwide.”

“The consolidation into our new headquarters and the technical refresh of our workhorse A2100 satellite platform will position Lockheed Martin to be a leader in the global commercial space market for years to come,” said Mike Hamel, vice president and general manager of Commercial Space at Lockheed Martin. “Multiple A2100-based programs, including GPS-III and GOES-R, are produced here in Denver today and this site will be the center of excellence for design and production of the most capable and affordable satellites in the industry.”

This event also signified the official transition of the Lockheed Martin facility in Newtown, Pennsylvania, to Denver, Colorado, as part of a phased transition announced last year.

The Lockheed Martin infosite may be reached at http://www.lockheedmartin.com/