Listen Up... SiriusXM's SXM-7 & SXM-8 Satellites To Be Produced By SSL

When calculated by revenue, the world's largest radio company happens to be SiriusXM—and that company has now selected Space System Loral (SSL) to provide to high power satellites to continue the delivery of SiriusXM's audio entertainment and data services.

The satellites will be SXM-7 and SXM-8 and they will replace the XM-3 and XM-4 satellites. These exchanges will occur in 2019 and 2020, respectively, and will serve the more than 30.6 million subscribers across North America.

Space Systems Loral (SSL), a leading provider of innovative satellites and spacecraft systems, today announced that it was selected to provide two high power satellites to SiriusXM, the world’s largest radio company measured by revenue. The next generation satellites, SXM-7 and SXM-8, will replace the XM-3 and XM-4 satellites in 2019 and 2020, respectively, and will help ensure continuous and reliable delivery of SiriusXM’s audio entertainment and data services to more than 30.6 million subscribers across North America. 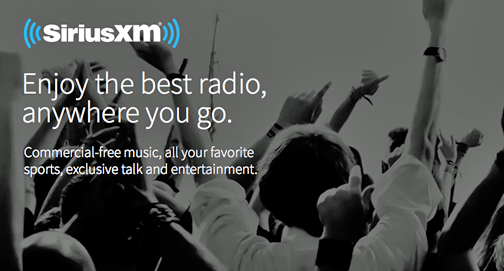 Both SXM-7 and SXM-8 will operate in the S-band spectrum and each satellite will generate more than 20 kW of power and will have a large, unfurlable antenna reflector, which enables broadcast to radios without the need for large dish-type antennas on the ground. SSL has previously built a total of seven satellites for SiriusXM, including its first generation Sirius satellites, which were launched in 2000. Of the seven satellites built, one was a ground spare that was never needed due to the reliability of the original constellation and that satellite was donated to the Smithsonian Air and Space Museum in 2012.

Both of these satellites are based on the SSL 1300 platform, which has the flexibility to support a broad range of applications and technology advances—they are designed to provide service for 15 years or longer.

John Celli, president of SSL, stated that his company has a long history of working with SiriusXM to develop some of the world’s most advanced satellites which broadcast to cars and radios for the home, office, and mobile devices. And Bridget Neville, the Vice President of Satellite and Terrestrial Engineering and Operations at SiriusXM relayed that her company is pleased to be collaborating with SSL once again for two advanced satellites that will bolster their services to their subscribers.