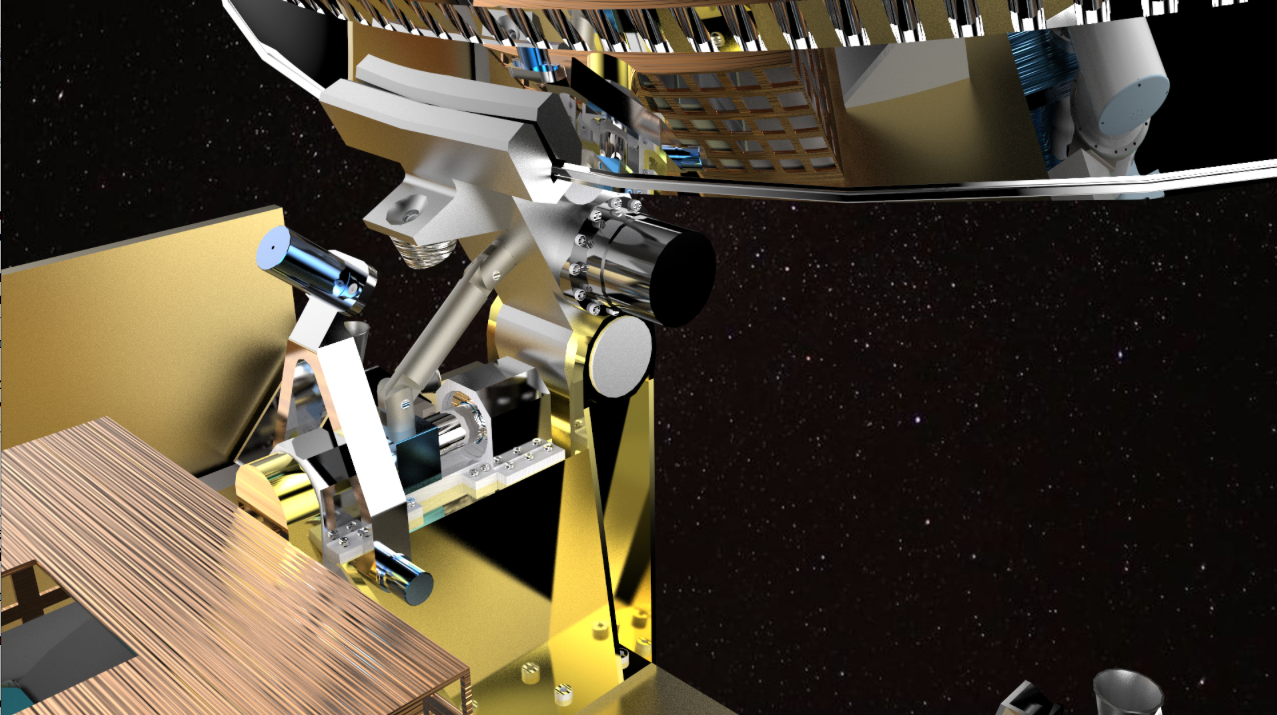 On Earth we bend over to pick up a piece of trash if it's within our reach and not too heavy, and the process certainly isn't a dangerous exercise to people or property. In space, that's an entirely different matter, and many companies have been brainstorming to attempt to solve this serious and treacherous issue.

The clamping mechanism designed by the engineering and technology group SENER for the B1 phase of the e.Deorbit mission is part of the solution developed by the consortium selected by the European Space Agency (ESA), and led by Airbus, to combat the space debris problem.

For years the traffic orbiting the Earth is increasing, while space debris poses an ever greater threat for satellites and crews of space vehicles. ESA wants to combat this problem, and therefore as part of the “Clean Space” initiative it is organizing the e.Deorbit mission with the objective of removing the inactive Envisat satellite. This is the heaviest civil unmanned satellite in space; it weighs as much as 8.2 tonnes, and together with the solar panel it is more than 25 meters long. 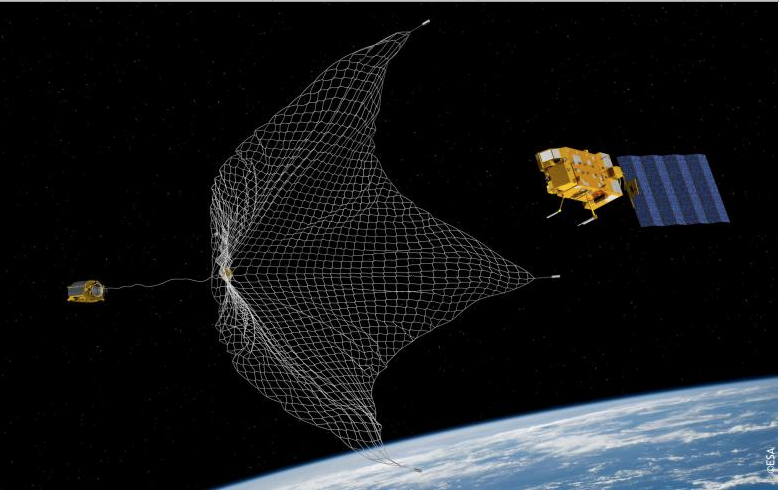 The e.Deorbit mission is a major technological challenge owing to the size and unknown rotation of Envisat. This is the reason why ESA and national agencies have been conducting numerous research and development projects. In 2016-2017 work was conducted by two competing international consortia headed by OHB and Airbus in parallel. The ESA has now selected for the next stage of the mission, the one headed by Airbus that includes SENER.

The chosen solution consists of a so-called chaser satellite that will capture Envisat by using a robotic arm. The robotic arm will perform grappling operation on Envisat and, following detumbling operation, SENER’s clamping mechanism will fix on the Envisat's Launch Adapter Ring. Subsequently, engines will be activated and satellites will be directed to the Earth’s atmosphere where they will partially burn up and their remains will fall into the Pacific Ocean.

SENER’s clamping mechanism has to ensure a high level of rigidity of the connection with Envisat, in order to resist the considerable forces acting on the device during maneuvers, and great precision, since the mechanism must capture the inactive satellite by the ring that used to connect it to the launch rocket.

Mechanisms are one of SENER’s specialties in space, where the company has more than 50 years of activity and is a key player. To date, SENER has successfully handed more than 275 systems and equipment for satellites and space vehicles for space agencies in the US (NASA), Europe (ESA), Japan (JAXA) and Russia (Roscosmos). SENER a major company in the European Space Agency's science programs through its engineering contributions; SENER has taken part in more than half of these missions.

It is estimated that tens of thousands of objects with dimensions greater than 10 cm are orbiting the Earth, and they could put the safety of space missions, including manned ones, at risk. There is much more smaller-sized debris. The largest objects are mainly inactive satellites and upper stages of launch rockets. Space agencies have only recently decided to deal with the problem of orbiting debris. For example, all new ESA satellites have to be equipped with systems facilitating deorbitation of objects or sending them off to a “graveyard orbit”. However, the most serious problem is posed by objects launched above the Earth in the past.