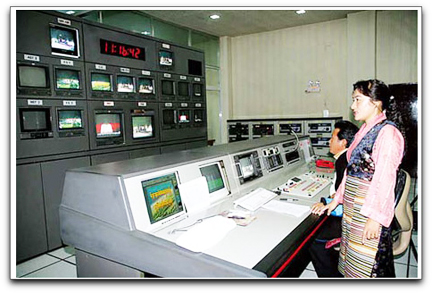 An 18-hour Tibetan-language satellite TV channel is expected to be launched on October 28 in southwest China's Sichuan Province, this according to a local official. The channel is the third Tibetan-language satellite TV channel in the country in Tibet Autonomous Region and Qinghai Province, where most of 5 million Tibetan minorities live, said He Daxin, head of the Sichuan Provincial Administration of Radio, Film and Television.

The Tibetan language channel of the Tibet TV Station will broadcast 18 hours a day and will use the Sichuan Provincial TV Station logo and broadcast with the Kamba language, one of the three major Tibetan dialects. The Qinghai Tibetan-language channel use the Amdo dialect and the channel in Tibet use the Weizang dialect. The new channel will address 2.4 million Kamba-speaking population in Sichuan, Tibet, Qinghai, Yunnan and Gansu through satellite, cable TV, and wireless transmitter and will broadcast news, art, weather and dubbed TV soap operas. (Source: China View)