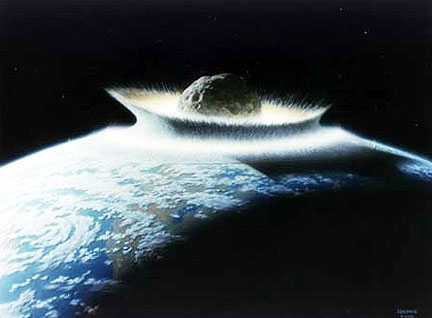 [SatNews] Russian astronomers have predicted that asteroid Apophis may strike Earth on April 13, 2036, this is a news story from RIA Novosti.

"Apophis will approach Earth at a distance of 37,000-38,000 kilometers on April 13, 2029. Its likely collision with Earth may occur on April 13, 2036," Professor Leonid Sokolov of the St. Petersburg State University said. The scientist said, however, the chance of a collision in 2036 was extremely slim, saying that the asteroid would likely disintegrate into smaller parts and smaller collisions with Earth could occur in the following years.

"Our task is to consider various alternatives and develop scenarios and plans of action depending on the results of further observations of Apophis," Sokolov said. The asteroid, discovered in 2004, is considered the largest threat to our planet, although NASA scientists reduced the likelihood of a hazardous strike with Earth in 2036. Russia's space agency announced its plans earlier to consider a project to prevent the large asteroid from colliding with Earth.