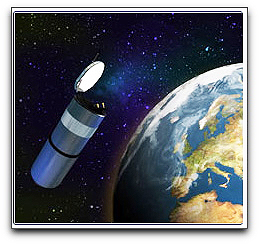 SES ASTRA, an SES company (Euronext Paris and Luxembourg Stock Exchange: SESG), has signed a further reseller agreement for its two-way satellite broadband service ASTRA2Connect with the TV and telecommunications operator Towercom in the Czech Republic and Slovakia.

With this agreement, SES ASTRA will significantly expand the marketing and sales of ASTRA2Connect in Central and Eastern Europe. ASTRA2Connect is an ideal broadband solution for households in regions without or with insufficient terrestrial broadband infrastructure. The technology offers a highly reliable, always-on, two-way broadband internet access, including internet telephony, for flat service fees. The customer premises equipment — a modem and a satellite dish — is low cost and delivered with a tool for easy self-installation. The service was launched in early 2007 and is now available in 12 countries throughout Europe. ASTRA2Connect is marketed via wholesalers and internet service providers to the residential market. Based in Bratislava, Slovakia, Towercom provides services for TV broadcasters, mobile and fixed telecommunications operators, state authorities, utility providers and other enterprises. Furthermore, Towercom in cooperation with Trade Tec is operating the digital satellite platform Skylink via ASTRA’s 23.5 degrees East orbital position, for which it has so far distributed 600,000 smartcards in the Czech and Slovak Republic.