Eutelsat Communications—Retraining Those Who Have Served (SATCOM) 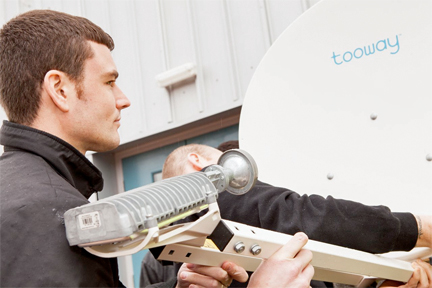 Almost 50 servicemen and women have been through the Confederation of Aerial Industries approved training over the past six months at the Resettlement Training Centre, Aldershot. The training is part of a wider two-week course on signal distribution, preparing personnel with work skills for civilian life. Any serviceman or woman who has spent more than six years with the Armed Forces qualifies for the resettlement training program at the specialist center in Aldershot. Following the training, the servicemen and women are certified to install Eutelsat’s Tooway broadband service that is in particular demand from residents poorly served or beyond the range of terrestrial broadband.

The Tooway™ Installer Training Program provides practical face-to-face training, an interactive app for site surveys, installations and dish alignment, along with access to a portal for certified installers that provides practical information, tools and services for a high quality install. Simon Gray, Senior Systems Integration Engineer at Eutelsat, said, “We could think of no-one better than former British military personnel to join our team of certified Tooway installers bringing quality broadband to consumers in unserved regions of the UK and wider Europe.” 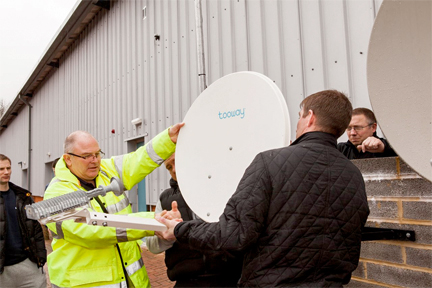 Liz Taylor, Director of Training, said, “This training underlines the aims of the Resettlement Training Centre to provide servicemen and women with practical experience and certification in a valuable growth industry. This training, and the many other courses like it, allow our personnel to return to civilian life confident that they have the skills for their next career.”

As well as Service leavers, Eutelsat has so far certified more than 4,000 installers in 20 European countries and in eight languages as part of the largest free training program of its kind—harmonizing best practice for satellite broadband installations across the continent. The program is continuing, with an additional 1,000 installers to be trained by end 2014.