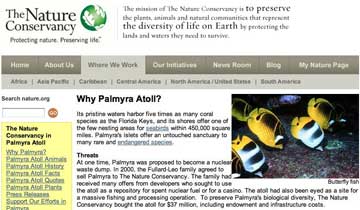 [SatNews] SES WORLD SKIES has a 'tough job', helping The Nature Conservancy located 1,000 miles south of Hawaii on a remote Palmyra Atoll to establish a connection with their National Wildlife Refuge.

And so with the Central Pacific well within reach, SES WORLD SKIES, a division of SES S.A. today announced that The Nature Conservancy has secured capacity on its NSS-9 satellite to link researchers studying the Palmyra reef islands with the outside world. 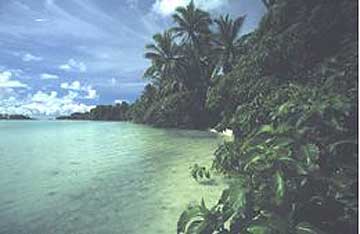 Palmyra Atoll - Photo credit USFWS
Located 1,000 miles south of Hawaii, remote Palmyra Atoll is a National Wildlife Refuge and part of the recently-designated Pacific Remote Islands Marine National Monument. Here, The Nature Conservancy manages the most natural marine laboratory in the world, where a consortium of scientists can study the islands, reefs, lagoons and miles of oceans surrounding Palmyra in relative comfort.

Before connecting to the world via satellite technology, Palmyra was much more isolated. SES WORLD SKIES’ satellite-delivered broadband enables world-renowned scientists from the Palmyra Atoll Research Consortium (PARC) to deliver their research findings directly from Palmyra via email and use the Internet to access other research online, collaborate with colleagues, and stay in touch with family. PARC is a highly collaborative partnership of researchers, conservationists and universities conducting innovative research on everything from climate and atmospheric change, to sharks and manta rays, and coral reefs and lagoon hydrology.

The Nature Conservancy is also tapping the NSS-9 satellite to link Palmyra to the National Oceanic and Atmospheric Administration’s (NOAA) worldwide tsunami alert system and to the Conservancy’s offices in Hawaii. This connectivity increases safety, as well as connectivity.

The 3-year agreement is a renewal of the original contract signed in 2006, when The Nature Conservancy and PARC scientists asked SES WORLD SKIES to provide reliable connectivity throughout one of the world’s most isolated island systems.

“Our satellite connection is the lifeblood of a vital international research operation in Palmyra,” explained Rico Gomez, Director of Internal Affairs for The Nature Conservancy in Hawaii. “The value of the reach and reliability of the satellite connectivity is immeasurable considering the long-term impact many of the island discoveries may have on our conservation efforts worldwide,” added Gomez.

“SES WORLD SKIES’ NSS-9 satellite and support team are playing a critical role in protecting island communities and exporting important new research from one of the most isolated locations in the world,” said Andrew Ruszkowski, Vice President of North America Enterprise Services for SES WORLD SKIES. “The relationship between The Nature Conservancy and SES WORLD SKIES represents the importance of science and communications without geographical limits.”