Helical Communications Technology (HCT) has received notification that the patent for their Deployable Quadrifilar Helical Antenna design was approved and awarded by the United States Patent Office on August 22, 2017.

Founded in 2013 by Salvatore Bologna and Gregory O’Neill, HCT began researching and designing a unique omni-directional antenna for cubesats that capture a much larger footprint of geography and topography on the Earth. Within four years HCT had developed a design that can be scaled depending on the customer’s requirements to have a wide range of circularly polarized antenna patterns. 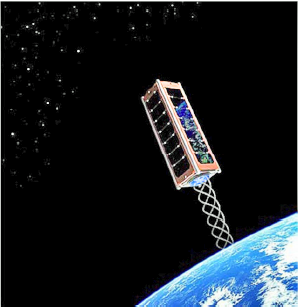 The US Air Force’s Wright Patterson AF base was the company's first customer with HCT delivering a custom made antenna modeled and ready for space flight. The company also works with major universities including Embry Riddle in Daytona, Florida, and Missouri University of Science and Technology on research and development.

HCT is currently in discussions with government agencies in the Netherlands, United Kingdom and France as well as with private commercial aerospace companies both domestically and internationally for their less expensive and scalable antenna technology. 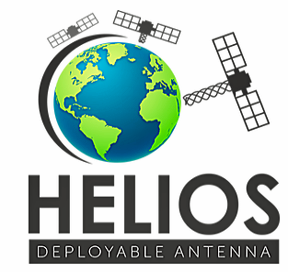 Manufacturing is done in Brevard County Florida to maintain top quality and frequent inspections. The company has plans to ramp up production rapidly as customer orders increase. They expect a significant upsurge in sales due to market expansion over the next two years as their patented technology is unique, will be manufactured at a lower cost and can be custom built to scale depending on the application in any quantity.

The sophistication of the deployable quadrifiler helical antenna technology can best be described as a “wide-angle lens” from satellites, capturing a much larger communications footprint than what is currently in use today. The HCT technology can use radiation from the sun to assist with the deployment of the antenna to minimize the energy required to deploy it from the cubesat.

There are plans to add as many as 30 satellites per constellation to be deployed by numerous space programs around the world — HCT predicts this number will increase as older satellites are replaced and new space satellite programs are launched over the next decade. On average, a cubesat lifespan lasts between two and three years before requiring replacement. HCT expects the market to dramatically increase each year with more programs being implemented.

Helical Communications Technologies is a research, design and manufacturer of low-cost and reliable deployable antennas for the space-based and ground station communication sector. They additionally offer confidential consultations to military and commercial agencies around the globe. They are located in Rockledge on Florida’s Space Coast, Brevard County Florida and also contains an anechoic chamber for testing radiation patterns without echo effects.