[SatNews] After spending more than 240 days "sailing" around the Earth...

....NASA's NanoSail-D — a nanosatellite that deployed NASA's first-ever solar sail in low-Earth orbit — has successfully completed its Earth orbiting mission. Launched to space Nov. 19, 2010, as a payload on NASA's FASTSAT, a small satellite, NanoSail-D's sail deployed on Jan. 20. The flight phase of the mission successfully demonstrated a deorbit capability that could potentially be used to bring down decommissioned satellites and space debris by re-entering and totally burning up in the Earth's atmosphere. The team continues to analyze the orbital data to determine how future satellites can use this new technology. A main objective of the NanoSail-D mission was to demonstrate and test the deorbiting capabilities of a large low mass high surface area sail. "The NanoSail-D mission produced a wealth of data that will be useful in understanding how these types of passive deorbit devices react to the upper atmosphere," said Joe Casas, FASTSAT project scientist at NASA's Marshall Space Flight Center in Huntsville, Alabama. 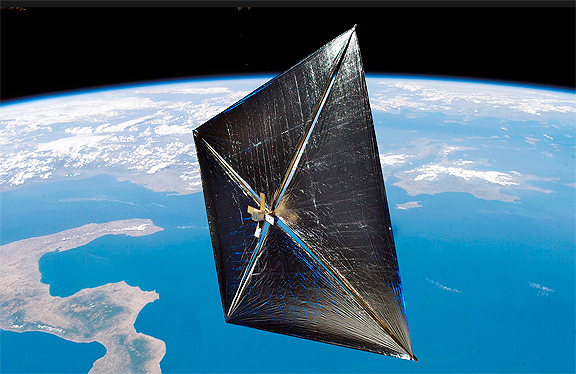