[SatNews] Lockheed Martin [NYSE:LMT] has been selected by the U.S. Air Force for a contract award...

.....to support the Reusable Booster System (RBS) Flight and Ground Experiments program. The value of the first task order is $2 million, with a contract ordering value of up to $250 million over the five-year indefinite-delivery/indefinite-quantity contract period. The Air Force Research Laboratory (AFRL) and the Air Force Space and Missile Systems Center are developing the RBS as the next generation launch vehicle that will significantly improve the affordability, operability, and responsiveness of future spacelift capabilities over current expendable launchers. Initial RBS Flight and Ground Experiments task orders will provide for an RBS flight demonstration vehicle called RBS Pathfinder, scheduled to launch in 2015. The RBS Pathfinder is an innovative reusable, winged, rocket-powered flight test vehicle that will demonstrate the Reusable Booster Systems’ “rocketback” maneuver capabilities and validate the system requirements that will drive refinements in the design of the operational RBS. 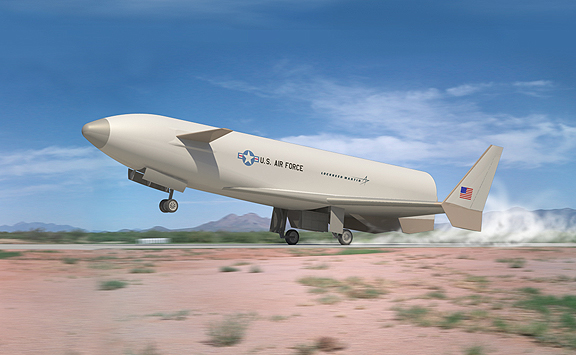