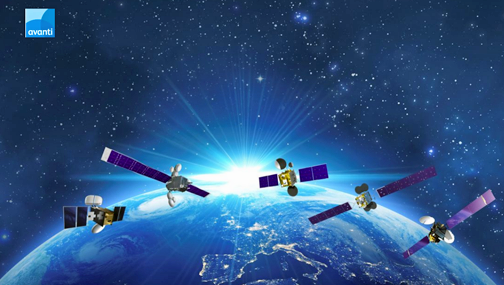 The contract will enable Eurona to grow its business and support Spain’s broadband coverage goals set by the European Union in the Digital Agenda for Europe (DAE), as part of the Horizon 2020 program. The service delivers packages with speeds of 30 Mbps using the new Jupiter 2 platform, which can support throughputs of up to 100 Mbps. With extensive capacity of Spain and Portugal acquired by Eurona, and exclusivity of consumers in these regions, the leading Service Provider will be able to provide a more preferential  service to new and existing customers. This includes providing more than 15,000 consumers across Spain and Portugal with a higher quality and more flexible service from 2017.

Artistic rendition of the HYLAS-1 satellite.

Thanks to Avanti’s flexibility, combined with the power of the new Jupiter 2 platform, Eurona will have the capabilities to adapt and create the products and services to meet a range of needs according to market demands. It has been incremental to Eurona choosing Avanti’s services at a key time like this in Eurona’s growth, ensuring the service can be adapted to any kind of customer across the Broadband, Enterprise, Government or Carrier Services sectors.

Avanti and Eurona are now planning to extend their partnership and expand their geographic footprint into new territories, such as Central Europe and North Africa, with a similar offer to enable the population of these regions to have the same kind of service offered in some of Europe’s fundamental countries.

1 2016 broadband data from Spanish Ministry of Industry, Energy and Tourism: