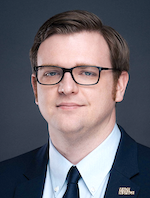 Made In Space, Inc. (MIS), the industry leader for space manufacturing technology, today announced that the company’s President and CEO Andrew Rush has been appointed by NASA Administrator Jim Bridenstine to serve as a representative member on the NASA Advisory Council (NAC) and as Chair of its Regulatory and Policy Committee for a three-year term.

The scope of the Regulatory and Policy Committee includes advising on NASA-related civil space regulation and policy, including but not limited to regulation, legislation, and interagency and international governance issues to catalyze America's civil space economy and advance other policy objectives. Members consist of representatives of aerospace companies and aerospace industry sectors, as well as individual subject matter experts from academia and other relevant industries.

MIS President and CEO Andrew Rush stated that it is a tremendous honor to serve as chairman of the NASA Advisory Council’s Regulatory and Policy Committee and he is humbled by this opportunity. He looks forward to working with respected colleagues and Administrator Bridenstine to address important policy issues impacting the agency’s mission.

As a leader in commercial space, Rush has been a vocal advocate for expanding public-private partnerships to accelerate NASA’s flagship missions and broadening the pipeline for cutting-edge commercial technologies. Rush’s adept knowledge of the commercial space landscape and expertise in aligning business roadmaps with emerging technologies to grow nascent markets has made him a leading voice in the industry on key policy issues.

Since being appointed President and CEO in 2015, he has expanded Made In Space’s portfolio across three sectors: satellite manufacturing, payload development and operations, and deep space exploration solutions. Rush’s strategic vision has increased the company’s investment in capabilities on the International Space Station with the launch and operation of four payloads to enable greater commercial utilization.

Prior to becoming MIS President & CEO, Rush was a partner at PCT Law Group and worked at Masten Space Systems.

The NAC is NASA’s senior external advisory body that draws on the expertise of its members to give insight and make recommendations to the NASA Administrator on Agency programs, policies, plans, financial controls, and other matters pertinent to the Agency’s responsibilities.