Multi-Orbit Interoperability for Inflight Connectivity Accomplished by SES and Thales 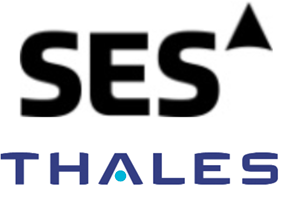 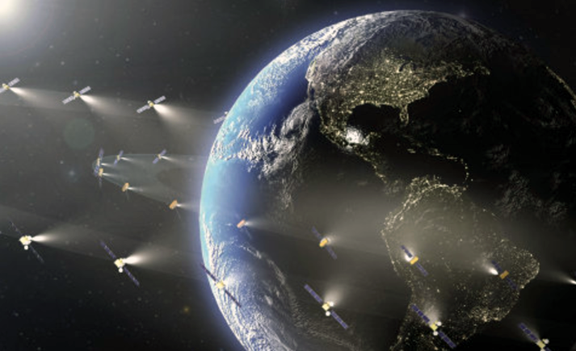 Artistic rendition of the Integrated GEO/MEO Network. Image is courtesy of Business Wire.

SES and Thales have revealed that the demo flight from Melbourne, Florida to the Atlantic coast of Nicaragua saw dozens of switches successfully completed between GEO and MEO beams, and between multiple MEO satellites within a beam, using the Hughes JUPITER™44 Aeronautical system high performance airborne modem system

Engineers aboard the test flight were able to simultaneously use a broad range of bandwidth-hungry services demonstrating rates in excess of 265 Mbps via the Thales FlytLIVE connectivity network featuring the Hughes JUPITER System and a Hughes ModMan integrated with the ThinKom Ka2517 phased-array airborne antenna. 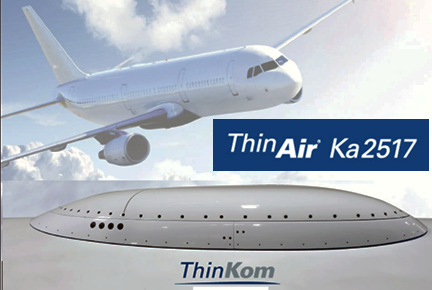 O3b mPOWER is described by the company as, SES’s fully funded, next-gen, ultra-high-capacity, low-latency, and highly flexible MEO satellite-based data communications system. A scalable terabit-level constellation with 35,000 fully-shapeable and steerable beams, O3b mPOWER is backwards-compatible with the first-generation O3b MEO system and can deliver a whole new level of customization that allows bandwidth to be tailored to specific passenger and operational connectivity requirements over certain travel routes and regions. 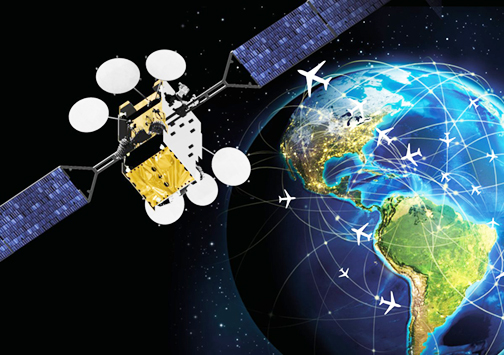 Artistic rendition of the SES-17 satellite. Image is courtesy of manufacturer, Thales.

SES’s interoperable GEO/MEO platform has been validated in the cruise industry, providing the guest at sea with up to 1 Gpbs per ship to major cruise lines around the world with its managed MEO- and GEO-based connectivity service. The test flight provides SES to redefine the connected air passenger experience by enabling different operational models, including blanketing of large dense traffic routes, bolstering of capacity around major airports, or even following individual aircraft from take-off to landing – all at record speeds and with low latency.

Steve Collar, CEO of SES, said the world’s first low-latency, high performance broadband aero experience is closer than ever before with this tremendously successful demonstration of MEO and GEO interoperability. Driving scale and performance into our customers’ networks is fundamental in delivering the best passenger experience in the skies. The company's cruise customers have long experienced the benefits of the combined power that low latency MEO- and GEO-based connectivity brings to network performance and resilience. This innovation is now on its way for connected commercial and business air travel. SES is gearing up for the launch of O3b mPOWER and now, with a demonstrated ability to roam seamlessly across the firm's GEO and MEO networks, customers will enjoy unprecedented speed and performance from our O3b constellation, while also benefiting from the scale and reach of the SES GEO fleet.

Philippe Carette, CEO, Thales InFlyt Experience added that the cutting edge products the company is bringing to the market with both internal developments, as well as leaders in the industry, is exciting for the future of the FlytLIVE connectivity solution. This proof-of-concept demonstration introduces an operational Hybrid network that will provide satellite network redundancy with continuous and seamless high-speed internet in areas otherwise hindered by congestion. The system offers a consistent passenger experience gate-to-gate; Ka-band coverage on routes where GEO satellites do not currently exist; and is fully compatible with the new SES-17 satellite built by Thales Alenia Space that is scheduled to enter commercial service in early 2021.