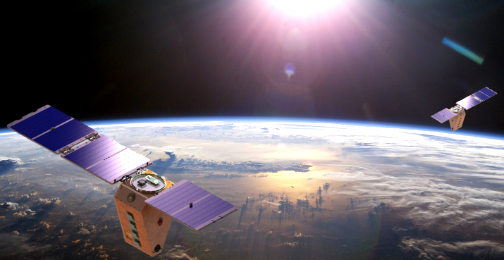 GeoOptics, Inc. has launched an original radio occultation data processing system called the GeoOptics Processor for Radio Occultation (GeoPRO) that provides even more accurate and timely weather data from its CICERO constellation of radio occultation (RO) satellites — CICERO smallsats are designed to create the most detailed picture ever assembled of the Earth’s ionosphere and atmosphere.

For many years, detailed scientific analyses of radio occultation data have used a precise processing method called “phase-matching” to produce the most accurate radio occultation profiles possible. However, this method was generally considered too resource intensive for use in real-time data processing for operational weather modeling and forecasting. 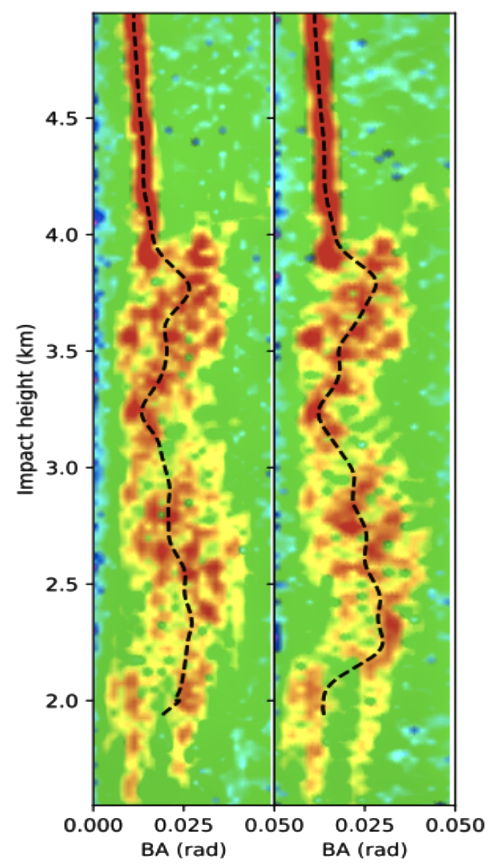 GeoOptics Processor for Radio Occultation (GeoPRO) produces spectrograms that reveal the disintegration of the dual-frequency raw radio occultation signal at lower altitudes. The red areas are signals reaching the receiver after passing through the atmosphere. The dashed line is the processed atmospheric bending angle on each frequency generated by GeoPRO. Image is courtesy of GeoOptics.

Traditionally, the processing of radio occultation data has been undertaken in a batch processing mode in which relatively large chunks of data are processed together and then released. However, as the number of GeoOptics satellites and ground stations increases, data will arrive much more frequently, requiring a different mode of operations to minimize data latency and maximize utility. GeoPRO is designed to make that transition possible.

Data from the new processing system have been made available to scientists around the world and GeoOptics commercial data partners. Due to the accuracy of the data processing and the quality of the Cion receiver, the data exhibits remarkably low bias even in warm air near the Earth’s surface, where lower quality radio occultation data often suffers from uncontrolled biases. Research has shown that this degree of accuracy in the lower atmosphere is vital for forecasting hurricanes and other high-impact weather events.

GeoOptics’ mission is to provide the most detailed picture possible of our planet’s atmosphere, surface and subsurface to our customers as well as scientific users around the world. We have embarked on our mission with our first constellation of nanosatellites, known as CICERO – Community Initiative for Cellular Earth Remote Observation. The first operational satellites contain advanced Global Navigation Satellite System Radio Occultation (GNSS-RO) sensors developed in partnership with the Jet Propulsion Laboratory (JPL) and Tyvak Nano-Satellite Systems.

With the company's initial CICERO satellites on-orbit, GeoOptics is now providing the first and only high-quality commercial radio occultation data from space. Satellites now in work will expand upon and refine this capability and deploy other technologies to provide a comprehensive picture of the Earth’s environment.

Dr. Alex Saltman, COO and architect of the new processing system related that the company is excited to provide this newly refined data to customers who depend on getting the most timely and precise weather data possible. The firm is leveraging new technologies across the GeoOptics satellites, ground systems and now data processing to deliver best-in-class data as a service to the government and commercial customers.