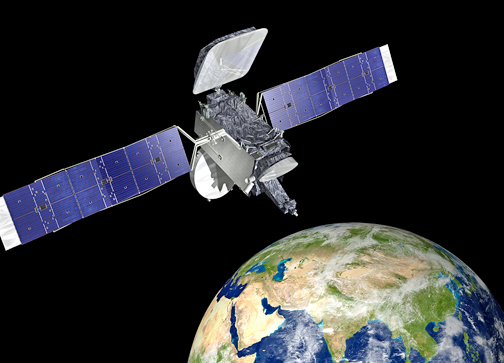 Artistic rendition of the THAICOM 8 satellite. Image is courtesy of Orbital ATK.

THAICOM 8 offers excellent Ku-band coverage and the satellite supports the broadcasting industry's demand for capacity as the move continues to be made from SD to HD. THAICOM 8 has a total of 24 Ku-band transponders which cover Thailand, South Asia and Africa.

Co-located with THAICOM 5 and THAICOM 6, THAICOM 8 entered service in July 2016 and is expected to operate for more than 15 years.  Orbital ATK manufactured the satellite and SpaceX was responsible for the launch.

The CEO of IPM, Mr. Manop Tokarnka, stated that his firm will be able to use Thaicom's video channel neighborhood and broadcasting platform to cost-effectively expand their business, including HDTV. Paiboon Panuwattanawong, the CEO of Thaicom, added that the Thai TV market is one of the most dynamic and competitive markets in Asia and his company is particularly proud that IPM moved from a global top three satellite operator to Thaicom.