[SatNews] When the Fast, Affordable, Science and Technology SATellite (FASTSAT) went on orbit... 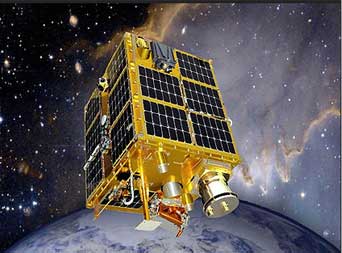 Artistic rendition of the FASTSAT-HSV01
...November 19, 2010, the planned mission was for 12 months. FASTSAT, developed by Dynetics in partnership with NASA’s Marshall Space Flight Center (MSFC) and the Von Braun Center for Science and Innovation (VCSI), has exceeded expectations and completed 17 months of mission operations on orbit, demonstrating capabilities of an affordable ESPA class satellite.

The mission has been extended through at least October of 2012. An experienced, co-located Huntsville team developed, integrated, tested, and certified FASTSAT for flight in 15 months using an innovative business model and tailored processes. “This project has validated the commercial/government partnership, leveraging the resources and capabilities of Dynetics and the expertise of Marshall Space Flight Center,” said Steve Cook, Dynetics director of space technologies.

FASTSAT-HSV01 was launched on a Minotaur IV rocket as part of the Department of Defense Space Test Program (DoD STP)-S26 flight. FASTSAT-HSV01 provided access to space for six payloads raising the technology readiness level and providing scientific data in less than two years. The mission operations center for FASTSAT was established at NASA’s Marshall Space Flight Center where all spacecraft commanding and data processing is performed. FASTSAT accomplishments on orbit over the past 17 months include the following:

The TTI was designed to measure spacecraft drag and other flight characteristics. It remotely measures the temperature of the upper most region of Earth's atmosphere or "thermosphere." The MINI-ME, a low-energy neutral atom imager, detects neutral atoms formed in the plasma population of the Earth’s outer atmosphere to improve global space weather prediction. The PISA is a device that tests a new measurement technique for the type and density of thermal electrons in the ionosphere that can interfere with radio-based communications and navigation. PISA represents a new technique for understanding the environment of charged gas, or "plasma" around a spacecraft.