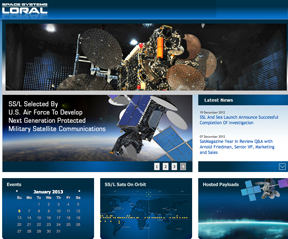 [SatNews] Minor explosions within the honeycomb central cores due to an inability to vent air...

...are apparently the reasons behind three SS/L1300 satellites' solar panel array difficulties which all suffering miscues after launch. This determination came to light after a launch in June of last year... new data became available to SS/L, allowing the Company to make the determination that a manufacturing problem with the honeycomb central panels was behind the failures—this data had not come to light for the earlier two launches, so the cause for the solar panel failures remained hidden.

The launches involved in the honeycomb hassle included the Telstar-14 (2004), the Telstar 14R (2011), and the Intelsat-19 last year. The inability to vent air occurred as the launch vehicles rocketed into the upper atmosphere while the satellites were still resident within their launchers.