[Satnews] Liquid Telecom has opened their second satellite hub at the Teraco Data Centre in South Africa in response to increasing demand for broadband connectivity from across Africa.

The company has invested US$3.5 million in the new hub which will enable it to continue to offer customers a satellite service with speeds of up to 50 Mbps and top-rated for latency, cost and customer service.  Ninety-seven percent of Liquid Telecom’s satellite traffic is within Africa; traffic outside the continent is routed via the firm's hub in London.

Liquid Telecom will be one of the first to use the Newtec Dialog multiservice platform in Africa, continuing its long-term relationship with Newtec which specializes in the design, development and manufacture of equipment and technologies for satellite communications. The new platform includes Newtec’s latest award-winning technologies that will enable Liquid Telecom to provide enterprises across Africa with a dedicated bandwidth service with high QoS. The service is being competitively priced to enable smaller companies to benefit from its high speeds and quality.

The satellite service of Liquid Telecom differs from other providers in a number of ways: 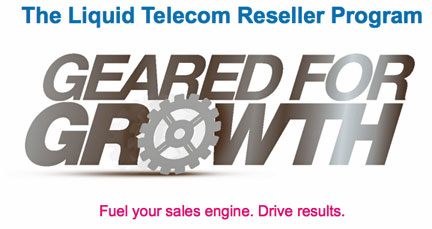 In South Africa Liquid Telecom sells satellite connectivity via its network of resellers and passes direct sales inquiries onto these resellers.  More details can be found at http://liquidbroadband.co.za/resellers/