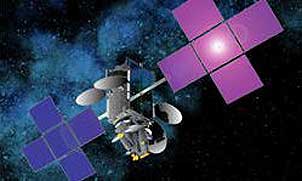 Spurred in part by the February 2009 collision between an active Iridium spacecraft and a defunct Russian military-communications satellite, the new Space Data Center automatically plots conjunctions in the orbits of satellites owned by participating operators and alerts their control centers to the problem.

The non-profit organization that runs the system, which is currently limited to 126 satellites in geostationary orbit, is already in talks with U.S. Strategic Command on trading the data it has for better space-debris ephemera and a heads-up when one of the commercial spacecraft in the system is in the way of a military spacecraft.

“There’s good, reasonable assurance that the data we have is accurate,” says Tobias Nassif, vice president of satellite operations and engineering for Intelsat and a director of the new Space Data Association.

“And in exchange [Stratcom] can provide us some more accurate data on orbital debris and also warn us of impending collisions with DOD assets.”

The talks likely will meet with cooperation from Stratcom and the U.S. Air Force, which is in charge of space situational awareness for the command. The U.S. military has been working the problem from the other end since the satellite collision last year, adding personnel and computer power to the task of spacecraft collision avoidance.

There actually is no center, but only a distributed network with servers in the U.S. and U.K. running software developed under contract by Analytic Graphics. For greater geographic dispersion, the Space Data Center also is looking for server space in Asia.

“This is really an organization put together by the operators for direct support of operations,” Nassif says. “We’re not a trade association. We’re not a lobbying group. We as the operators saw a need to better share data amongst each other to help avoid collisions.”

In his role as chief of Intelsat satellite operations, Nassif is responsible for handling his company’s wayward Galaxy 15 satellite, which has been uncontrollable because of an electronics glitch since April. The spacecraft has been drifting to the east in the geostationary belt since then, forcing Intelsat to finds ways to avoid collisions and interference with other spacecraft’s signals.

Galaxy 15 is expected to stop generating electricity when its solar arrays drift away from the Sun this month, and the problem developed before the new data center went on line. But it presents exactly the type of situation the new system is meant to handle.

In addition to the U.S. military, the three founding companies are in discussions with NASA, the U.S. National Oceanic and Atmospheric Administration, and the European Space Agency about joining the Space Data Center. They are also finalizing a fee structure — which Nassif says will be small — to encourage other commercial operators to join for the broadest possible coverage, including low Earth orbit data. They have a website where membership information will be available (www.space-data.org).

The article is available here .