Last week, SSL completed orbit raising of a multi-mission communications satellite known as Azerspace-2/Intelsat 38 using the firm's next-generation, high-power electric thruster, known as the SPT-140. This thruster leverages the Power Processing Unit 140 (PPU-140) with multiple gimbaled Hall Effect thrusters to provide 8-kW of electric propulsion. It was used in a hybrid system together with the company’s traditional bi-propellant system to propel Azerspace-2/Intelsat 38 to the geostationary arc, 22,300 miles above the equator. 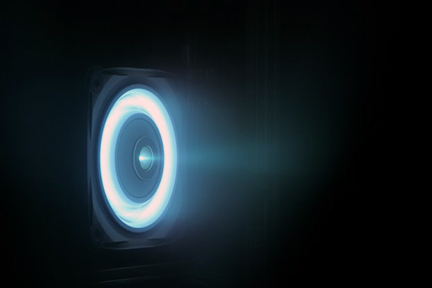 Earlier this year, the SPT-140 was demonstrated for the first time on a large communications satellite built for Telesat, one of the world’s leading communications satellite operators. The Telstar 19 VANTAGE satellite was launched in July and is operating according to plan using the SPT-140 electric thrusters to maintain its precise position in its orbital slot, known as station-keeping.

The SPT-140 is an evolution of the SPT-100 electric thruster, which has been used on 34 SSL missions and has more than 100,000 hours of firing time. These recent on-orbit successes position SSL as an industry leader in commercially sustained high power solar electric propulsion, providing customers with cost-effective solutions and proven performance and reliability.

SSL currently has four commercial satellites under construction that will also use the SPT-140 to reach their orbits, including one all-electric spacecraft. The company is also providing a high-power solar electric propulsion spacecraft chassis for a NASA mission called Psyche to explore what is believed to be an all metal asteroid. The electric propulsion system will be the driving force to carry the spacecraft and its scientific instruments to the asteroid belt between Mars and Jupiter.

Rounding out its accomplishments in solar electric propulsion, early next year SSL will enable a unique mission in conjunction with SpaceX and Spaceflight that will bring several payloads to orbit. An SSL high-throughput communications satellite equipped with SSL’s next-generation propulsion system will carry a ride along payload beyond geostationary orbit before reaching the orbital slot where it will operate.

Dario Zamarian, Group President, SSL, said that through careful and deliberate insertion of next-generation systems, SSL is driving forward the industry’s most advanced electric propulsion capabilities. The company's high-thrust systems bring another space-proven addition to the firm's toolkit, with value for a broad range of government and commercial missions.