The Odyssey MoonOne Lunar Lander Becomes More Of A Reality

Odyssey Moon Ventures LLC, a U.S. company developing commercial systems for lunar exploration, has partnered with NASA for the development of a robotic lunar lander. The unique public-private partnership will combine NASA expertise with innovative approaches to commercial space systems, resulting in new industrial capabilities for the company and benefits to the American space program. 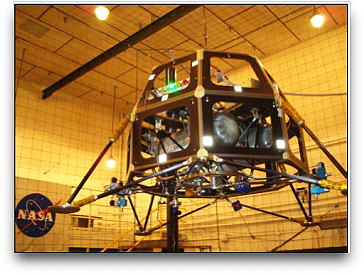 The partnership was established through a Reimbursable Space Act Agreement signed with the NASA Ames Research Center on October 30th, 2008. Under the terms of the agreement, NASA will provide technical data and engineering support to Odyssey Moon Ventures in support of the company’s efforts to develop its “MoonOne” (M-1) robotic lunar lander, which will have the capabilities of delivering payloads to the surface of the Moon in support of science, exploration and commerce. In return, Odyssey Moon Ventures will reimburse NASA Ames for the cost of providing the technical support and will share its technical data from its engineering tests and actual lunar missions with NASA. Odyssey Moon’s “MoonOne” lunar lander will be adapted from a small spacecraft system under development at NASA Ames called the Common Spacecraft Bus, which uses an innovative modular design adaptable to a variety of mission configurations as either an orbiter or a lander. Under the partnering agreement, NASA will share technical data and provide engineering support to Odyssey Moon Ventures. NASA also will share data from the Hover Test Vehicle, an engineering prototype of the Common Spacecraft Bus developed at Ames to evaluate hardware and software systems through rapid prototyping and ground-based testing. The photo presented shows the M-1's Hover Test.


Select this image for more info...