Substrate Panels for Galileo Satellites to be Manufactured by Airborne Aerospace

Airborne Aerospace has been awarded a contract by Airbus Defence and Space Netherlands to manufacture 48 substrate panels for the solar arrays of 12 new Galileo FOC satellites.

The contract, carried out under a program of the European Union, is the latest result of years of successful collaboration between the two Dutch companies to power the Galileo constellation. To date, Airborne delivered 88 panels to Airbus DS NL, which has also been prime contractor for the solar arrays of the 22 Galileo satellites already built. Currently, 18 of these Galileo satellites are operational in orbit. The new batch of twelve satellites is planned to be launched from 2020 to 2023. The Galileo program is funded by the European Committee and procured by ESA. 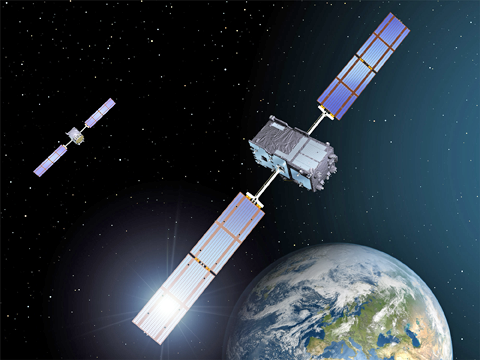 During the most recent Galileo launch, on December 12th, the Ariane 5 rocket carried four Galileo navigation satellites aboard, equipped with wings ‘all made in Holland’, in total including 16 solar array panels manufactured by Airborne. Each Galileo satellite is powered by two wings, consisting of two panels of 2.75 sqm. The satellites weight 715 kg. and were released into a 22 922 km.-altitude orbit. The quartet will begin around six months of tests to check they are ready to join the working Galileo constellation. Airbus DS NL is responsible for the design, qualification, manufacturing, assembly, integration and testing of the complete solar array system for Galileo FOC.

From the beginning of 2010, the collaboration between Airborne and Airbus Defence and Space Netherlands has proven to be highly successful.

Arno van Mourik, the CEO of Airborne International, said that the company is proud to have signed this 20th contract with Airbus Defence and Space Netherlands. There have been 10 years of great collaboration between the companies. Airborne International remains working on the challenge to keep improving the competitiveness of the panels. Thanks to the firm's advanced composites production line and know how, an efficient production scheme has been achieved of two to three panels per week.

Galileo is Europe’s own global navigation satellite system, providing a highly accurate, guaranteed global positioning service under civilian control. Once the constellation is fully operational, from most locations on Earth, six to eight satellites will always be visible, allowing positions to be determined very accurately – to within a few centimeters. The Galileo navigation system is being developed by the European space agency ESA, commissioned by the European Commission. The contract to build and test the Galileo FOC satellites was awarded to a consortium led by prime contractor OHB, with Surrey Satellite Technology Ltd overseeing their navigation platforms. The launch from the European launch base in Kourou, French Guyana is being carried out by the powerful Ariane 5 rocket.