Asia Satellite Telecommunications Holdings Limited (AsiaSat – SEHK: 1135) has announced that Mr. Andrew Jordan has resigned as Executive Director and Chief Executive Officer, in effect from April 16, 2018, and will serve as Senior Advisor of AsiaSat until October 31, 2018. 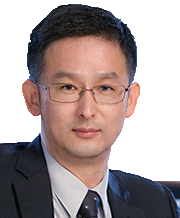 Dr. Roger Tong has been appointed by the Board to succeed Mr. Jordan as Executive Director and Chief Executive Officer, with effect from April 16, 2018. Prior to the appointment, Dr. Tong served as Vice President Engineering and Operations and Chief Technical Officer of AsiaSat and he has led various satellite and teleport programs since joining AsiaSat in March 2008.

Dr. Tong has more than 33 years' experience in the satellite and telecommunications industry and has worked in Canada, Mainland China and Hong Kong. Prior to joining AsiaSat, Dr. Tong was the technical consultant to Telesat Canada. He has also held various senior management positions at COM DEV International, Allen Telecom Inc. and Mark IV Industries Ltd.

AsiaSat’s Chairman, Gregory Zeluck, said that on behalf of the Board of Directors, all wish to express their gratitude to Mr. Jordan for his service and look forward to his continued contribution as Senior Advisor to the company. Also welcomed is Dr. Tong, an industry veteran with extensive knowledge, experience and network of contacts across the satellite communications, broadcast and telecom industries who has served the company for more than 10 years to join the board.